We are worried over this visit. The US President is coming here to draw concessions for US farmers 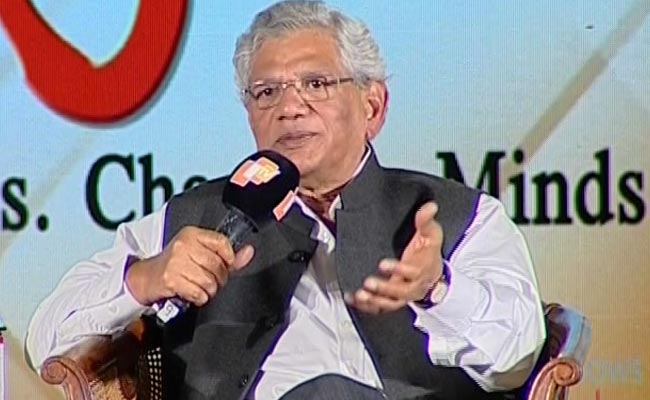 Bhubaneswar: Indian economy has not slowed down, rather the economy is fast slipping into a recession, claimed veteran CPI (M) leader Sitaram Yechuri.

Speaking here today at the 10th edition of OTV annual conclave ‘Foresight’, the CPI(M) General Secretary  said, “The country is fast moving towards a food deficit economy. Agrarian distress is acute. Unless remedied, food shortfall will lead to man-made hunger.”

In order to boost his argument that the economy is in recession, Yechuri claimed that the real wages are on the decline in the country, the household expenditure is falling and government expenditure has contracted. “All such macro data are signs of recession,” he claimed.

Participating in the Q & A session,  Yechuri called for short term measures like increased public expenditure on infrastructure projects to give a boost to the purchasing power of the people. ‘This will give a boost to the slackening demand in the economy,” he reasoned.

The CPI (M) leader has questioned the Central Government’s decision to write off Rs 7.8 lakh crore of NPAs for corporates. Toeing the ideological line, the CPI(M) leader has expressed his fears over US President Donald Trump’s visit to India. “We are worried over this visit. The US President is coming here to draw concessions for US farmers,” he opined.

Sanjay ‘Vani’: All gloomy, No Silver Lining In Indian economy

Woman Dies After TV Explodes At Home In Odisha