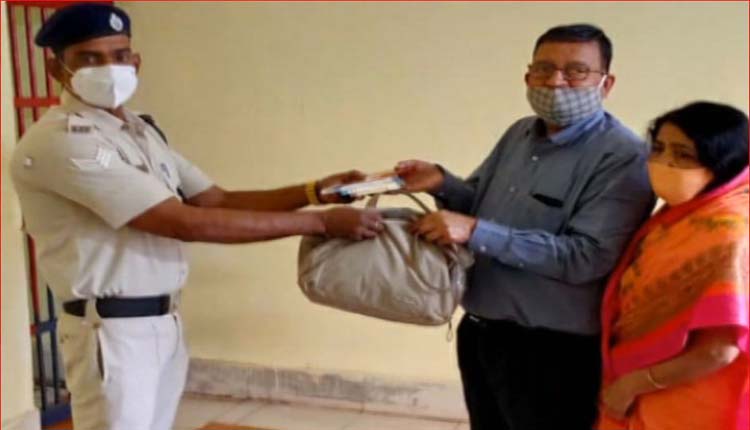 Puri: A Railway Protection Force (RPF) staff made the day of an elderly Maharashtra man by returning his lost bag containing Rs 25,000 cash and other important documents at Puri railway station here in the district.

According to reports, on February 21, the RPF staff T K Mohaptra boarded the Puri – Ahmedabad train after it halted at platform number-3 for security check. During inspection, he found a bag lying unattended on seat number-3 of coach 1.

After recovering the bag, he made a bag missing announcement at the station but to no avail. Later, he informed the matter to duty officer A K Jena.

Few hours later, one Gobind Mehta from Maharashtra met the duty officer and claimed the bag which had Rs 25,000 cash, mobile phone and many important documents in it.

After verifying details, the railway police handed over the bag to the elderly man.

Mehta expressed his gratitude and praised the RPF staff and railway police for their humanitarian gesture.

India Detects Over 24K Mutations In 7K Variants Of Covid