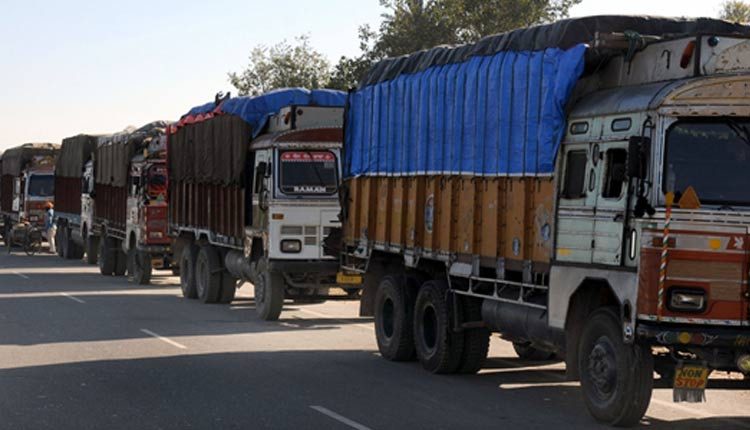 Bhubaneswar: Several trucks carrying PPE kits of various suppliers have been stranded outside the warehouse of OSMCL as the Odisha government has refused to accept the kits.

Despite the increasing demand for personal protective equipment (PPE) to combat the Covid-19 pandemic, around 40 trucks are stranded at the Odisha State Medical Corporation Ltd (OSMCL) premises in Bhubaneswar for the past several days.

According to sources, OSMCL is not accepting the delivery orders from various MSME suppliers.

“We took the call of the nation to make PPE kits following confirmation from the Odisha State Medical Corporation Ltd. The initial deadline stated for the month of July has been abruptly ended in May and now OSMCL is not accepting the delivery orders,” said a company spokesperson, wishing not to be named.

All trucks carrying the PPE kits of various suppliers are stranded outside the warehouse, he said.

The corporation had floated a tender seeking PPE kits by July. Later, it asked the suppliers that it would not accept delivery after May 26.

Raghab, a driver from Uttarakhand, informed that around 40 trucks are standing at the OSMCL since the last 8-10 days as it is not accepting the kits.

Pradipta Kumar Mohapatra, additional chief secretary to the health department, told IANS that the matter will be decided on Monday.

“As we have enough stock of PPE kits, we had asked the suppliers not to bring them. The trucks which are on transit have arrived in the meanwhile. We will decide the matter on Monday,” said Mohapatra.