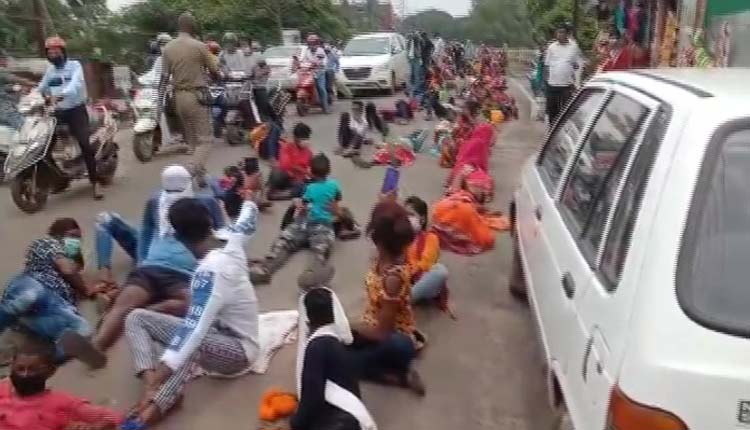 Bhadrak: Hundreds of tribals took to the streets protesting disconnection of power supply in Rajghat area of Bhadrak.

As per reports, the electricity connection of more than 40 tribal families was disconnected by the authorities on August 1. After all their complaints fell in the deaf ears, the residents decided to march to the District Collector’s office to apprise him about the matter.

“I have been staying here for almost 48 years. We were provided with BPL electricity connection by the government before the last general elections. However, the authorities disconnected the supply,” said protestor, Buina Singh.”

“We were paying the bills regularly after we got the connection through our BPL cards. So disconnecting the supply without any prior notice is not acceptable,” added Singh.

Another protestor, Chamana Hembram said, “We have never defaulted on electricity bill payments. Don’t know why they disconnected our supply.”

The protestors however were pacified after the sub-collector reached out to them midway in their march and assured them of restoration of electricity in 12 hours.

No comments could be obtained from the district administration in this regard.