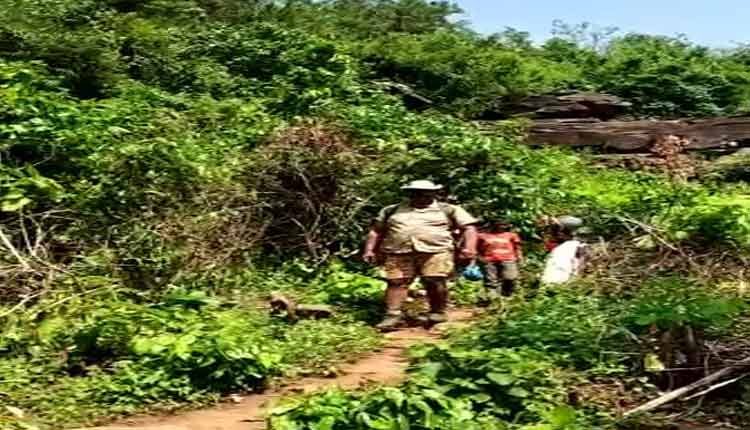 Baripada: In an ugly consequence of a dispute with neighbour, a tribal family from Makadagoda village under Rairangpur block of Mayurbhanj district has been forced to seek refuge inside a cave in a forest in Jharkhand.

As per reports, the family had reportedly made a cave their home in the forests of the neighbouring State.

Sources said Shanibari Dehury’s family had left their village out of fear following a dispute with their neighbour.

On getting information regarding the plight of the poor family, Potka MLA (East Singhbhum) Sanjib Sardar visited the spot and provided food and other essential items to Shanibari’s family.

“The family was subjected to torture over some land-related dispute. They have taken shelter in a cave, some 1200 to 1400 ft above the sea level,” said Sardar.

Later, Rajya Sabha member Mamata Mahanta and BJD leader Kashinath Hembrum met the family and persuaded them to return to the village. The delegation assured necessary protection to the family. Meanwhile, Gorumahisani Police has started investigation in connection with the incident.