The Fight For ‘Pari’ Which Began In A Lane in Nayagarh Will Reach Delhi: Sambit Patra 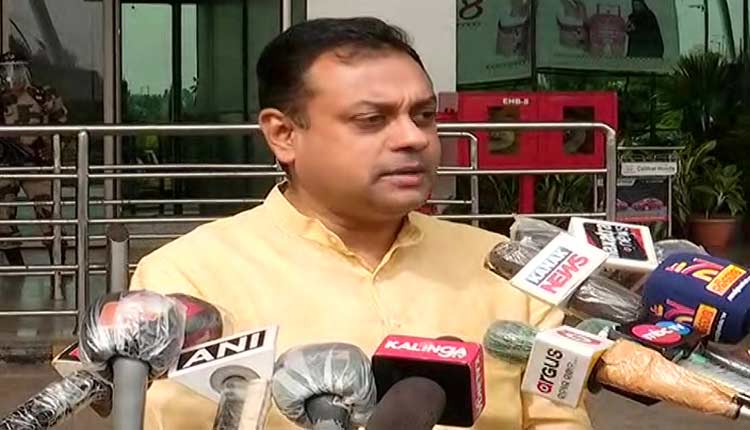 Bhubaneswar:  BJP national spokesperson Sambit Patra on Saturday said that his party will take the fight to the National Capital to ensure justice to five-year-old girl Nayagarh girl ‘Pari’ whose skeletal remains were found in the backyard of her house days after she was kidnapped in July this year.

In a series of tweets, Patra said “the fight to ensure justice to ‘Pari’ will continue till the culprit is punished. The fight between good and evil began from a lane in Nayagarh and will soon reach the national Capital- Delhi,” he stated.

“Someone named Babuli is alleged to be the accused in the entire episode, but MLA Arun Sahoo has shielded him. Police should put Sahoo behind the bar as he has been protecting goons like Babuli,” Patra tweeted.

Levelling serious allegation against the police, Patra said “Five-year-old girl ‘Pari’ of Jadupur under Nayagarh Assembly segment which falls under Puri Lok Sabh constituency was kidnapped on July 14. Ten days later, only 14-15 bones of the girl were traced to the backyard of her home. All other remains of the girl were burnt with the help of chemicals. But, police has not taken any step in such a heinous crime,” wondered Patra who had contested the last Lok Sabha election from Puri constituency.

Patra’s tweets came hours after the Odisha government announced to issue a notification for a court-monitored SIT probe into the case.

Under severe pressure from Opposition, Chief Minister Naveen Patnaik on Friday announced the investigation to be handed over to a SIT while taking part in the Assembly discussions through video-conferencing.

Parliamentary Affairs Minister Bikram Keshari Arukh on Saturday informed the Assembly that a notification will be issued soon in this regard.

Despite government’s announcement for a high level inquiry, the BJP continued it’s vociferous attack on the government in the Assembly and stalled the House transaction which forced the Speaker to adjourn it for multiple times. The saffron party demanded the ouster of Minister Arun Sahoo from the Cabinet, alleging his complicity in the case.