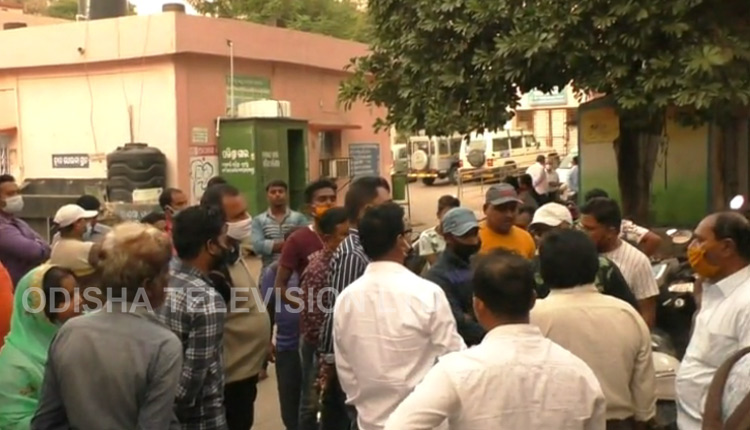 Bargarh: Tension prevailed at Bargarh district headquarters hospital after a pregnant woman died due to alleged medical negligence on Wednesday.

According to reports, Rekha Mallik, wife of Manas Mallik, a resident of Katakiapada village was admitted to district headquarters hospital following labour pain. However, Rekha died during the operation.

Following her death, family members of Rekha created ruckus outside the hospital alleging that she died due to medical negligence. Police forces have been deployed on the hospital premises to avoid any possible untoward situation.

Husband of the deceased levelled serious allegation against the doctors. “I had consulted doctors for her delivery. The doctors advised me to admit her for a Cesarean section delivery. During the surgery, doctors informed me regarding her complications and then said that they are trying their best to save her. But, later they informed that both mother and the newborn died.”

“I am confident that my wife and the newborn died due to the negligence of doctors. They could have been saved if the doctors had handled the case carefully,” added Mallik.

Sony Mallik, another relative of Rekha alleged, “we shifted her to hospital when she felt labour pain. The doctors conducted all kind of tests and advised us for operation. During the operation, they said that Rekha has gone to coma following a rise in blood pressure level. Later, we found blood comming out of her nose and mouth.”

On the other hand, Arun Kumar Patra, Chief District Medical Officer (CDMO) refuted the allegations and said, “We had tried our best to save her. We regret that the patient died in the operation theatre. The truth will come out after autopsy.”