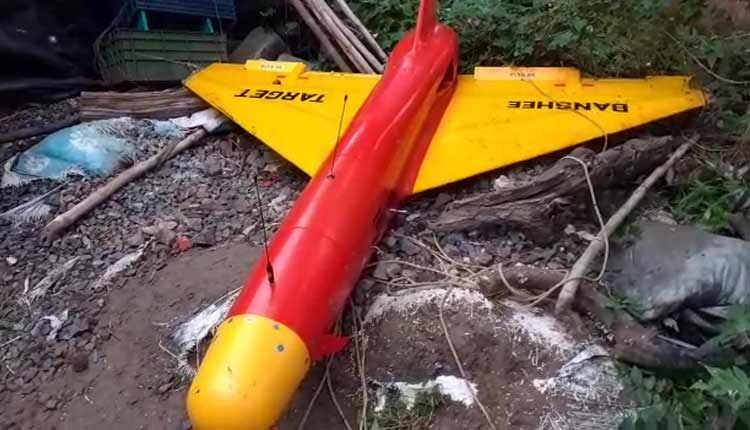 Balasore: The remains of a target aircraft ‘Banshee’ was recovered by a group of fishermen from sea near Talapada in Balasore district.

The unmanned aerial vehicle weighing 50 kg and 8 feet in length was caught by a group of seven fishermen near Talapada estuary after it was tested from the Integrated Test Range (ITR), Chandipur.

According to sources, the fishermen had gone to the sea in a motorised boat. When they cast net to catch fish, the aircraft fell into their mesh and subsequently, they brought the drone to the shore.

Raghunath Das, the owner of the motor boat said, “We spread the net but suddenly an aircraft fell into it. The net was completely destroyed due to the drone. It sounded like some engine running but later stopped and when we found that it was fitted with a transformer and battery upon inspection.”

People in large number gathered at the village to catch a glimpse of the aircraft.

Meanwhile, ITR Chandipur director Binay Kumar Das said that the testing was a routine exercise carried out by the Indian Air Force and there was no need to panic.

“It was a schedule exercise by the Indian Air Force at Chandipur. The remotely piloted target aircraft is called expendable aircraft which means after use it is disposed of into the water. It is only an empty fibre body. So usually we do not recover it.”

“We learnt that some fishermen have found it and brought it to the shore. There is no harm in it and no need to worry as it was part of a routine exercise,” he said.

Speaking about the objective behind carrying out such trials, Das said, “We carry out such exercise to check our capabilities in destroying the enemy targets when the fighters used by Indian Air Force go into war.”

According to sources, the Meggitt BTT-3 Banshee, formerly the Target Technology Banshee, is a target drone developed by the British in the 1980s for air defence systems training.

The Banshee is built mostly out of composite material (Kevlar and glass-reinforced plastic) with a tailless delta wing platform. It entered service with the British Army in the mid-1980s as an aerial target for the Short Blowpipe and Javelin shoulder-launched missiles.

Prabhas All Set For Comeback With Multilingual 3D Flick