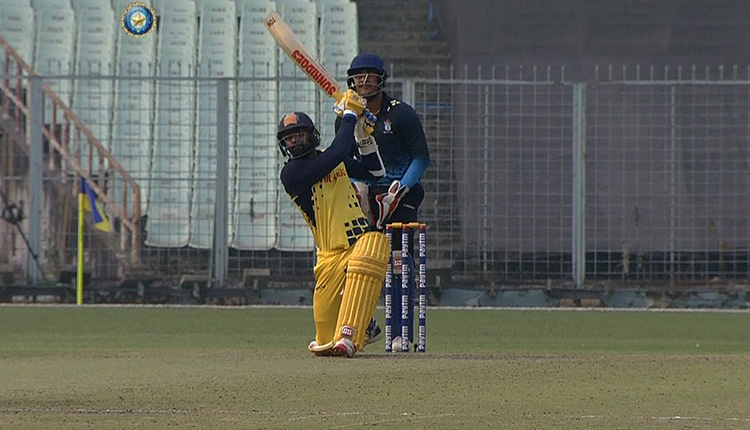 Kolkata: Making a poor start to the new year, the Odisha cricket team lost three T20 matches on a trot after going down to Tamil Nadu in its third match in Syed Mushtaq Ali Trophy here at the Eden gardens on Thursday.

Odisha notched a below par target of 132 to Tamil Nadu which they surpassed with ease with five overs and eight wickets to spare.

The state team kick-started its season in the elite domestic T20 tournament organized by Board of Control for Cricket in India (BCCI) among the teams from Ranji Trophy from January 10, 2020, when they lost to Bengal by nine wickets at the Jadavpur University ground in Kolkata.

The visitors only managed to score 113 runs on the board in their stipulated 20 overs and the opponents Bengal overcame the target with almost eight overs to spare and at the loss of only one wicket.

Only three Odisha batsmen (Aditya Rout-11, Rajesh Dhuper-37, Ankit Yadav-32) managed to put up runs in double digits while all others perished to a fine bowling display by the Bengal team.

In the second encounter, Odisha was pitted against Hyderabad at the same Jadavpur Campus ground on January 14, but they lost the contest by only six runs.

Batting first, Hyderabad posted a total of 153 runs at the loss of eight wickets. Odisha could only manage to score 147 at the loss of four wickets in 20 overs.

At present, Odisha is at the bottom of the Elite Group B with zero points. While the chances of making it to the quarter final are slim, it still has two more matches; against Jharkhand on January 16 and against Assam on January 18.