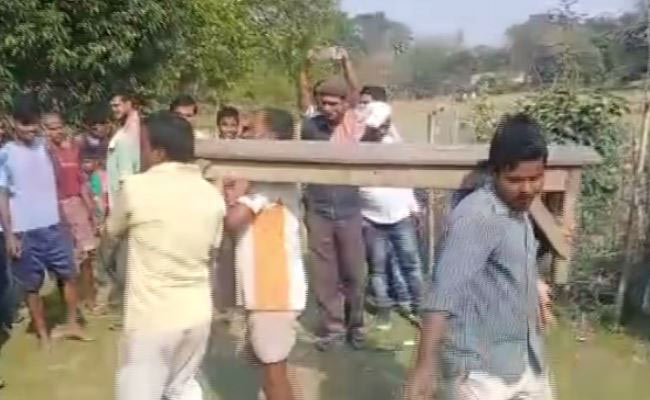 Bhadrak: At a time when humans have made huge leaps into the digital age, reports of superstitious practices still continue to surface from many parts of Odisha putting rationalists at a loss of words.

In one such incident, residents of Asura village of Bhadrak district decided to resort to a primitive ritual of using a table to resolve a case of theft just like employing a compass to find the direction.

As per allegations, on January 16, some valuables and other items were stolen from the house of one Gangadhar Behera and a complaint regarding the same was also lodged at police station.

However, following no significant development in the case, villagers decided to take the matter into their own hands and reportedly consulted a black magician in Keonjhar area.

“Our master chants some mantras over phone while we perform the task here,” said Mahendra Padhi, an associate of the sorcerer who assisted the villagers in performing the ritual.

According to some villagers, the table or cot used in the act behaves like a compass and stops right outside the house of the culprit.

While most of the villagers turned up as spectators to the practice, some of them raised doubts on the practice.

“I am not sure if this will help in catching the thief but thousands of people are witnessing the act. Let’s see what will happen,” said a local resident.

After getting information about the incident, police reached the village and launched an investigation.

Taking a dig at the ritual, rationalist Debendra Sutar said, “If thieves could be caught by using tables, then Osama Bin Laden would have been nabbed easily in a glance. This method is absolutely bizarre and is baseless.”

Human trials for coronavirus vaccine to begin in April