Sundargarh: 2 Hapless Girls Whose Families Were Wrecked By Alcohol Appeal Collector For Help 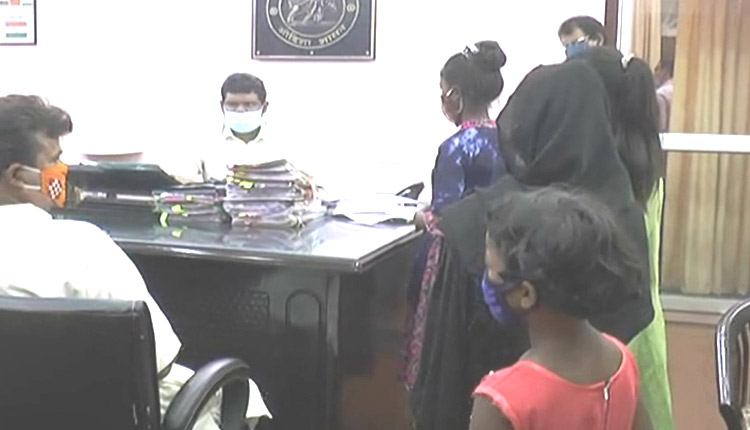 Sundargarh: In a unique protest, two hapless girls from Ranibagicha area in the district on Friday submitted memorandums to the District Magistrate and Collector Nikhil Pawan Kalyan urging the latter to save their village from the menace of liquor which has been ruining families.

10-year old Barsha Priyadarshini lost her parents to the killer brew two years back. While home for 12-year old Saraswati Ekka’s has become a living hell as waking up in the middle of every night to the cries of her mother, following unending abuse at the hands of her alcoholic father, has become a norm.

The hapless girls in their memorandums have requested the Collector to take immediate action against the epicentre of the menace, a country liquor Joint, by shutting it down for good.

Barsha, who was orphaned following the death of both her parents, poured her heart out in the memorandum.

“I have been orphaned because of  (country) liquor. My parents used to booze at a liquor den in our area which took away their lives. I am an orphan now and going through untold miseries since their death,” said little Barsha who has been struggling to fend for herself following the death of her parents. .

“I wish no other child should be orphaned like me anymore,” she said.

Baby Saraswati’s ordeal is no different.

“My father is an alcohol addicted. He comes home in an inebriated condition every night and thrashes my mother for money. Alcohol has destroyed my home,” she said.

According to locals, the country liquor brewery has been operating in their locality in gross violation of the Excise Act since a long time. It has ruined many families. But the district administration has turned a blind eye towards it.

“We have knocked the door of the district administration on umpteen number of occasions, but no one is listening,” alleged an aggrieved local.

However, after receiving the complaints from the little girls, the district administration has stepped in.

“I have received the complaints from the children. I have sought a report from the Excise department. Immediate steps will be taken following an investigation into the matter,” assured Kalyan.