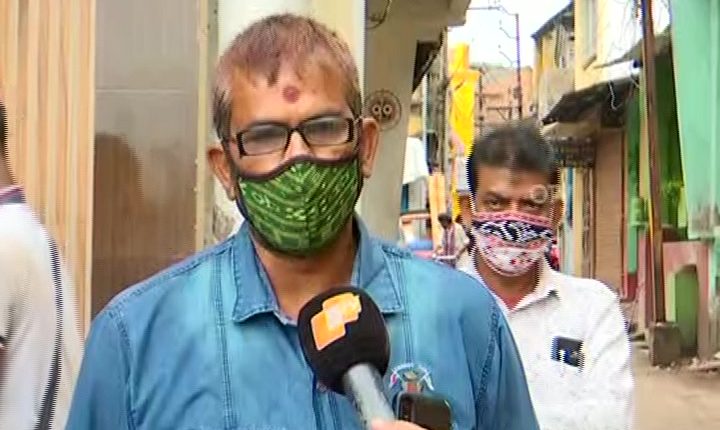 Puri: Seven families of Baseli Sahi in the pilgrim town who were evicted by the district authorities to make way for the Lord Jagannath Temple Heritage Corridor project in and around the 12th-century shrine are now caught between two stools.

After their eviction, the administration granted plots of around 1000 square feet to each family in Mangala Ghat mouza, however, it was later found that the pieces of land are private property.

Kar family who claims ownership of the land protested the rehabilitated families when they conducted bhoomi puja at the site.

“The court has ruled that the plots at Mangala ghat mouza handed over to the 7 evicted families are private-owned and no one can encroach or take steps to claim ownership by removing the Kar family,” said Prasant Mishra, the counsel appearing for the Kar family.

“The court has also pointed fingers at the administration saying that the grant of the land seems to be a hand-in-glove act by the government,” Mishra added.

Speaking in this regard, Purna Chandra Jena, one of the evictees said, “It is now clear that the government has fooled us by giving plots of land to us which are actually private. We are yet to get any reply in this connection from the administration so our last resort is to wait for justice from the Orissa High Court.”