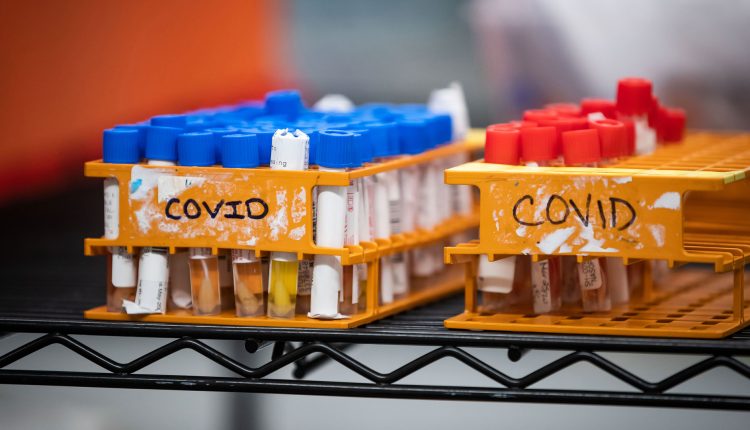 Bhubaneswar: The Institute of Life Sciences (ILS), Bhubaneswar on Saturday informed that the source of transmission of Covid19 virus, SARS-nCoV in Odisha could be attributed mostly to South East Asia and Europe.

ILS Director, Ajay Parida informed about the same while sharing the details of the genome sequencing of as many as 1062 viral genomes from 18 states of India. The detailed report on the findings of this genome sequencing study was released by Union Minister Dr. Harsh Vardhan on Saturday.

The joint study was conducted by RMRC, Bhubaneswar, and Institute of Life Science from Odisha apart from various other autonomous institutes of the Department of Biotechnology including NIBMG, Kalyani; CDFD, Hyderabad; NCCS, Pune and inSTEM, Bangalore.

The study revealed that in the case of Odisha, there are two major routes of transmission, one is from Southeast Asia and the other one from Europe. Initial results indicate that multiple lineages of SARS-CoV-2 are circulating in India, probably introduced by travel from Europe, USA, and South-East Asia.

As many as 225 genome sequencing was reported from samples taken in Odisha alone. All those samples were collected from 18 districts of the State. The study of the migration history of the carriers showed that they came from 13 different states of the country.

In Odisha, the sequencing, data analysis, and interpretation were carried out by the team led by Dr. Sunil Raghav of ILS and Dr. Jyotirmayee Turuk of RMRC.  Analysis of Odisha samples showed the presence of five reported clades 19A, 19B, 20A, 20B, and 20C of COVID-19 genome.

In Odisha, 20A and 202B are the most widespread clades and have more transmission efficiency. Clade 19B was found to be much more prevalent in analyzed samples (17%) as compared to other genomes reported so far from India.

RMRC scientist Sunil Raghav informed that of all the five strains, the 20C category was only spotted in a very small number of people in Odisha and is not found anywhere else. It could be due to less transmission of this strain of virus or due to the fact that carriers of the virus have been contained to a maximum extent.

The phylogenetic analysis showed that 20A and 20B clades evolved quite rapidly in the Indian population and are a major source of transmission in the country. Most of the symptomatic people have been detected with the 20A, 20B, and 20C strains of the virus.

ILS Director Ajay Parida said “The sequencing of genomes is most important because we want to make sure that any vaccine candidate in developmental phases should be able to neutralize all kinds of mutations in the virus. Generally, a specific mutation in virus proteins means that it is developing further so it increases its chances of infection and transmission,”

“We are also investigating whether the samples detected from June onwards are similar to these above strains or are mutating. We are analyzing them further to ascertain the reasons behind their transmission, mutations, effect and treatment,” said Parida.

Sonakshi Sinha Inspires With Her Latest Posts Against Cyberbullying