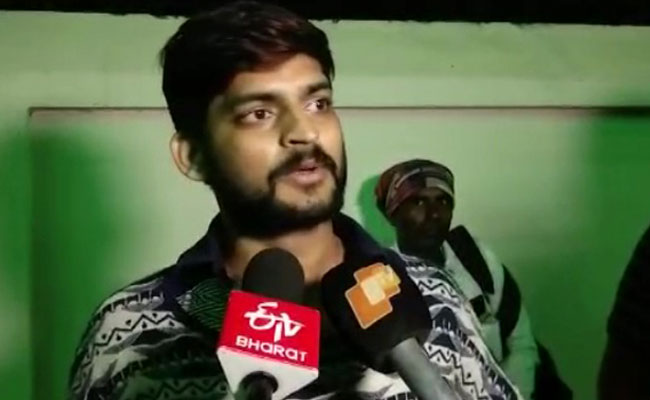 Raja’s statement came after he was granted interim bail by the District & Sessions Judge at Berhampur on Thursday. He was arrested by Baidyanathpur Police over his involvement in an assault case on January 28 and later granted bail till February 25.

Earlier on February 12, Meenakshi had attempted self-immolation protesting the arrest of her son.

“The allegations against me are false. I was earlier released in a case since then I am being targeted. My hometown is Berhampur but the cops are asking me to stay outside the city. Why shall I live somewhere else? My mother self-immolated her, I too will immolate myself in front of DG office if I do not get justice within 15 days,” threatened Raja.

Earlier on January 28, Raja had a fight with one Sunil Moharana in front of a Kalyan Mandap at Panda colony under Baidyanathpur Police limits in Berhampur over some parking issue. Subsequently, Sunil along with his friends brutally assaulted Raja with a cricket bat, the video of which was captured in a CCTV camera installed near the spot and later went viral on social media.

When Meenakshi intervened to save her son, she was also attacked by the assailants. Later, a complaint was lodged by Meenakshi and Raja following which three attackers were arrested by Baidyanathpur Police. Later, Raja was also arrested on the basis of a counter FIR.

However, Meenakshi alleged that her son was falsely implicated and had no role in the attack.The BJD leader had also written to SP Pinak Mishra demanding arrest of the attackers and release of her son.

However, no action was taken. Protesting police inaction in connection with the incident, Meenakshi set herself on fire after pouring kerosene. Though the police personnel present at the spot doused the flames, by then she had sustained major burn injuries and rushed to MKCG Medical College and Hospital.

Later, she was shifted to SCB Medical College and Hospital in Cuttack where she is undergoing treatment now and is stated to have sustained 100 per cent burn injuries.