Snana Yatra, Rath Yatra To Be Held Without Devotees This Year! 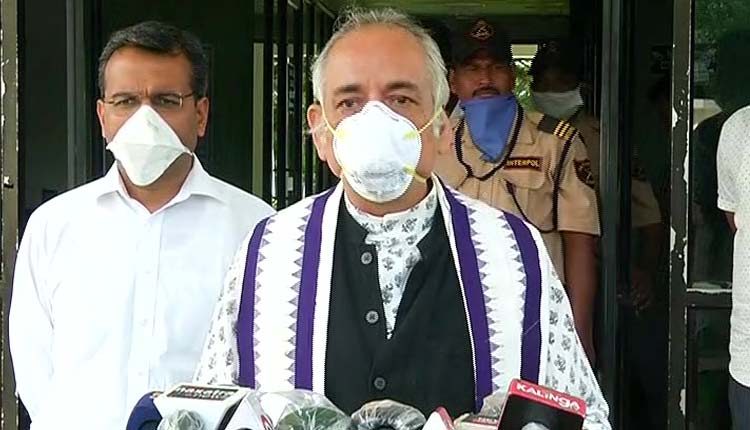 Puri: This year, devotees of Lord Jagannath and His Siblings will have to manage with watching the grand spectacle of the annual sojourn (post government approval) only on TV and social media.

Following the Srimandir Managing Committee meeting today, Puri Gajapati Dibyasingha Deb said that Deba Snana Purnima will be conducted as per the rituals inside the temple premises at the Meghanad Pacheri with limited number of servitors, while the temple will be completely out of bound for the devotees.

#Puri Srimandir will remain out of bounds for devotees in view of the #coronavirus situation. #SnanaYatra rituals to be held inside temple premises at the Meghanad Pacheri with limited number of servitors: Gajapati Maharaj Dibyasingha Deb #Odisha

“The current situation doesn’t allow us to permit participation of devotees in any of the rituals. However, Srimandir administration has made necessary arrangements with regard to darshan of the Holy Trinity. The I&PR department will make arrangements for live telecast and webcast of Snana Yatra rituals and share the feed with media houses. I request all the devotees in Odisha, India and across the globe to stay safe at home and watch the telecast on TV,” Deb said.

“The managing committee is of the opinion that there will be no congregation of devotees this year. If like every year, lakhs congregate to take part in the festival, it will have an unimaginable impact. All servitors will adhere to government guidelines, follow quarantine rules and other restrictions to minimise the COVID risk,” he said.

“As far as holding Rath Yatra is concerned, the State government will take a decision but it will not be possible to allow devotees to gather near Puri Badadanda amid this crisis,” the Puri Gajapati said.

“Unwanted crowding is avoidable in Puri Bada Danda (Grand Road). The government should ensure that entry of people into Puri is restricted, may be then we can conduct the festival in a controlled manner. Whatever is being discussed and decided is for conduct of rituals at Puri Srimandir only, ” Deb mentioned.

It is to be noted that East Coast Railway has terminated trains to and from the pilgrim city of Puri. Purushottam Express and Puri-Sealdah Duronto Express will short terminate at Bhubaneswar railway station, informed ECoR.