Six Killed In Lightning Strikes In Separate Places In Odisha 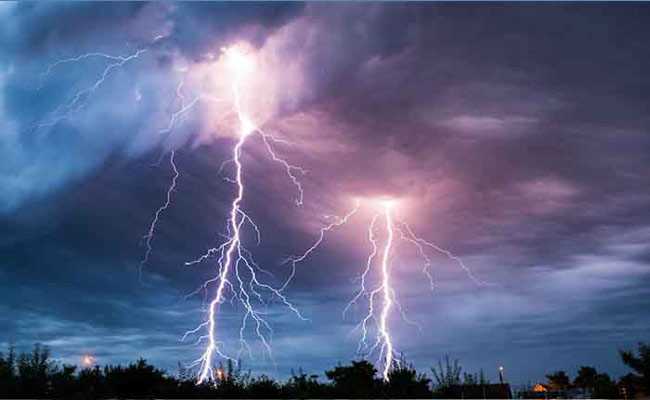 Keonjhar/Baripada/Balasore: As many as six deaths were reported due to lightning strikes in different parts of Odisha on Friday.

As per reports, three youths including two students were killed in a lightning strike while they were out fishing at Badakathara village under Khunta Police limits in Udala of Mayurbhanj district. The lightning struck when the three persons were standing under a tree during rain, informed sources.

After being rushed to Khunta Hospital by fire brigade personnel, they were declared brought-dead by the doctors. The bodies were sent for post-mortem to PRM Medical College and Hospital.

Read: Cyclone Threat To Odisha In COVID Times? Low Pressure On May 1, Landfall On May 3

In another incident, two women of Naradpur Panchayat under Jhumpura block in Keonjhar district were killed after being struck by a bolt of lightning. Moreover, another woman from the panchayat was also injured.

Another death was reported from Kusudiha village in Balasore district.

Later in the day, heavy rain and lightning accompanied by hail and gusty wind with speed reaching up to 40 to 50 KMPH struck Balasore causing heavy damage to trees and houses apart from downing power and telecommunication lines.