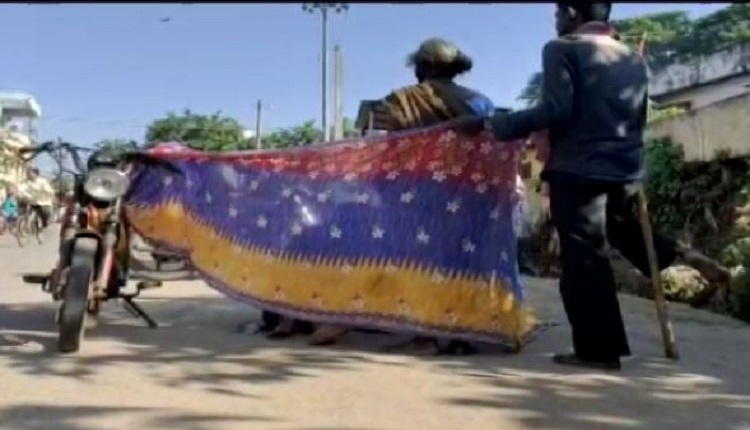 Gajapati: Despite the Odisha government’s claims about a plethora of welfare schemes aimed at providing better healthcare to the people, instances of lack of basic medical facilities for expecting mothers have become a regular affair in the State.

In another such instance earlier on Saturday, a woman delivered a baby in the middle of a road at Paralakhemundi after repeated requests for an ambulance from a local hospital fell in deaf ears.

The incident occurred opposite the Paralakhemundi Royal Palace. Locals noticed the woman, who begs in the area, in labour pain in the early hours. Following this, they informed the local health officials to summon an ambulance to take her to the hospital, but to no avail.

When the condition of the woman worsened, some journalists along with locals made arrangements to take her to the District Headquarters Hospital (DHH) in a vehicle. However, the woman delivered a baby when they were on their way to the hospital.

Efforts to elicit a response from the Chief District Medical Officer (CDMO) did not yield any results till the time the story was filed.

Earlier on Wednesday, a pregnant woman from Netua village under Derabish block in Kendrapara delivered a baby on road after she was allegedly sent back by the doctor citing that there is still time for delivery. While returning home along with her husband and Asha worker, she started to have labour pain again and was forced to give birth on the roadside.