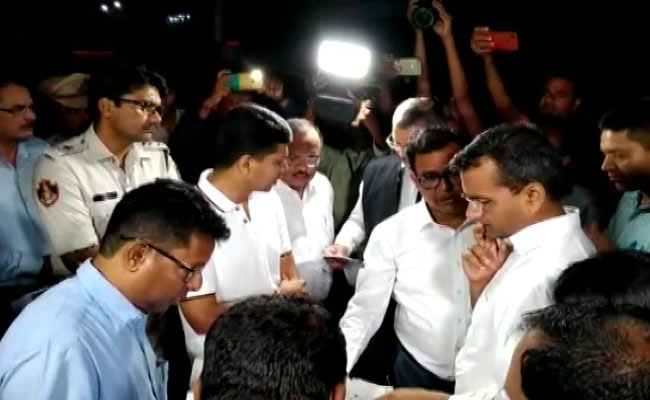 Cuttack: The Millenium City of Cuttack is embracing for a makeover as the bus terminal at Badambadi is all set to be shifted to Khan Nagar for which 5T Secretary VK Pandian visited the bus terminal for review in the wee hours today.

As per reports, Odisha government is pondering upon the idea of moving the historic Badambadi bus stand to Khan Nagar area of Cuttack in view of the increasing passenger traffic.

Sources said, not only the Badambadi bus stand will be moved to Khan Nagar, but the Angul Bus stand near Pala Mandap in the city will be renovated as well.

After his visit to Badambadi, Pandian went to review the eviction drive at Ranihat, Hind Cinema road and Taladanda canal road under the expansion project of SCB Hospital.

Briefing media on their visit and plans for Cuttack, RDC Anil Samal said, “We have come here to review the decongestion plan for Cuttack. A master plan will be prepared for turning the land near Khan Nagar to a modern bus stand.”

“The plans for six laning of ring road was also reviewed today with the concerned officials,” added Samal.

COVID-19: 58 Indians brought back from Iran