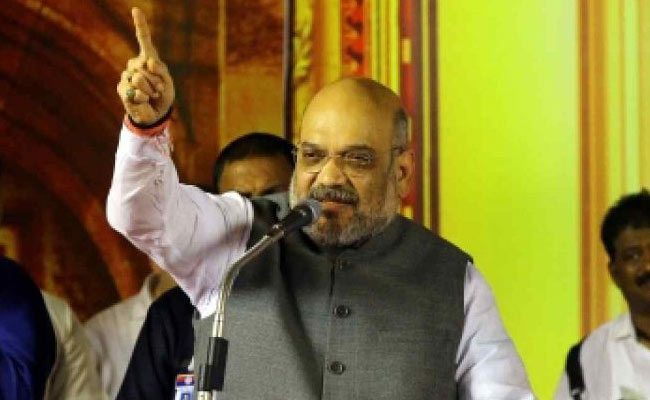 Bhubaneswar: With all eyes set on the upcoming election of Rajya Sabha seats from Odisha, the Congress on Sunday said that the real reason of Union Home Minister Amit Shah’s scheduled visit to the State on February 28 is more about striking a deal with CM Naveen Patnaik for Rajya Sabha seats than attending official programme.

Odisha BJP general secretary, Prithviraj Harichandan informed today that the Union minister will attend the 24th Eastern Zonal Council (EZC) meeting in the morning in Bhubaneswar on February 28. Later he will take part in pro-CAA rally and address a mega public meeting in support of Citizenship Amendment Act in Bhubaneswar. Nearly one lakh party workers are expected turn up for the mega convention to be address by Shah at Janata Maidan in the Odisha capital on February 28.

Shah is also scheduled to attend one or two more programmes in the capital city on the day. On February 29, he will visit Puri Jagannath Temple and Lingaraj Temple in Bhubaneswar before flying back to Delhi.

Taking a dig at Shah’s visit to the State, Congress alleged that the Home Minister is coming to Odisha to hold discussion with ruling BJD in view of the upcoming Rajya Sabha elections.

“CAA and NRC are only agendas of Home Minister Amit Shah. This is not a visit to attend official programme, rather it is planned in view of the upcoming Rajya Sabha elections,” said Ex-OPCC chief Jaydev Jena.

“In the last Rajya Sabha elections, BJP had bagged one Rajya Sabha seat from Odisha with support from BJD. As the Home Minister himself is coming to the State this time, he is eyeing two seats in the State. Shah will discuss with the Odisha CM to clinch two Rajya Sabha seats,” the senior Congress leader added.

Reacting to the statements, BJD MP Bhartuhari Mahtab said, “BJP has been holding such campaigns across the country in support of CAA. It is their party level programme. It is not legitimate for me to comment on that.”

“BJP and BJD are two separate parties. While the saffron party is the government at the Centre, we are in the Opposition but in the State we are ruling. So the Centre State relationship is very clear ,” he added.

Scientists Spot 4G Bug That Can Help Hackers Impersonate You