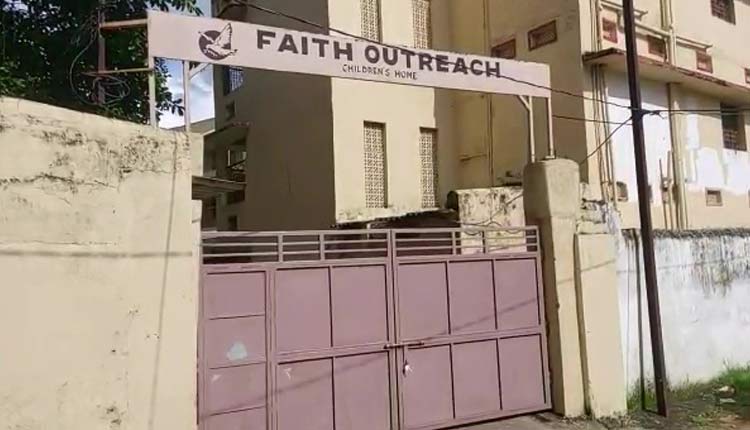 Jharsuguda: Taking cognizance of the alleged sexual assault of a minor boy by the founder of ‘Faith Outreach’ shelter home in Jharsuguda district, the National Commission for Protection of Child Rights (NCPCR) has directed the Odisha government to inspect the child care institutions run by the NGO.

NCPCR chairperson Priyank Kanoongo, in a letter to Odisha Chief Secretary, has asked to examine the number of children residing at each facility and whether they are registered under Juvenile Justice Act of 2015. She has also sought information on how many children revealed about their sexual abuse by the founder or any other personnel of the NGO.

The Chief Secretary has been asked to issue directions to concerned officials to furnish a detailed report on the matter along with the necessary documents to the Commission on or before August 31.

Meanwhile, the Jharsuguda Police has sealed the shelter home located in Cox Colony area following the arrest of its founder, a British national, on charges of sexual abuse of the minor boy.

Jharsuguda SP, Rahul PR said, “A case (586/2020) was registered in this regard at Jharsuguda Police Station. The accused, John Patrick Bridge (68), was charged under POCSO Act and SC/ST (prevention of atrocities) Act. Further investigation is underway.”

“There were also allegations of irregularities and criminal offences against the accused. If such irregularities came to our notice, we will initiate probe as per the law. So details can not be disclosed at this stage. After further investigation we can reveal details,” he added.

“According to the FIR, the accused had touched the minor boy’s private parts while returning from Rayagada after Christmas in 2015. He was charged under Section 10 of POCSO Act and SC/ST Act. As the offence was 5 years old, after hearing the arguments of the two sides, the court observed that there was a delay in registering FIR and allowed bail to the accused,” Singhdeo said.

According to sources, the family members of the minor boy had lodged a complaint against the accused on August 14 at Jharsuguda Police Station. On the basis of the complaint, the accused was arrested and sent to judicial custody.

Bridge, along with his wife Delphine, had started ‘Faith Outreach’ some 25 years ago in Jharsuguda to provide free education to the tribal students. A native of England, Bridge took Indian citizenship in 1992.