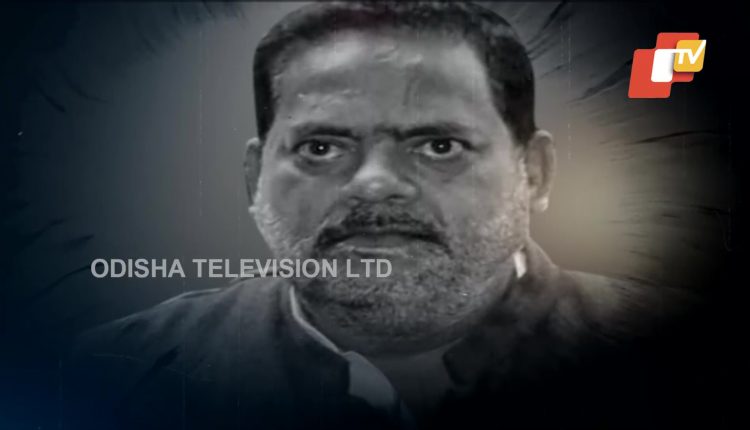 Bhubaneswar: Former Odisha Minister and BJD MLA from Pipili constituency, Pradeep Maharathy passed away at the age of 65 while undergoing treatment at a private hospital in Bhubaneswar. The senior BJD leader had reportedly tested positive for COVID-19 on September 14 and was put on ventilator support following the deterioration of his health condition Friday evening.

Mortal remains of the veteran leader was consigned to flames after observance of full State honours in the presence of his family members, several ministers, leaders of various parties, other personalities at Puri Swargadwar.

Thousands of supporters and well-wishers of Pradeep Maharathy joined the grand procession to mark his funeral rites from Bhubaneswar to Khorapada, his ancestral village in Pipili.

Joining the grand funeral procession of Pradeep Maharathy, supporters & well-wishers express their sadness over the demise of the former minister & 7-time MLA from Pipili.#PradeepMaharathy #Odisha pic.twitter.com/TXitJ2bjdi

After last darshan at his Bhubaneswar residence, Maharathy’s mortal remains was initially taken to Odisha State Assembly and then to BJD party headquarters where leaders including Speaker Surjya Patro, other MLAs, Opposition leaders, and supporters paid homage.

He is being taken to Pipili, his ancestral village in a large procession of leaders, his supporters and well-wishers. People will pay last respects to the veteran leader at his farmhouse. His mortal remains will be consigned to flames at Puri Swargadwar with full State honours.

Condolence messages started pouring in immediately after the news of his demise surfaced.

Odisha Governor condoled Maharathy’s demise and tweeted, “He was a popular leader & able legislator, his untimely death is a big loss to the polity.”

Hon’ble Governor condoles the sad demise of Hon’ble MLA & Ex Minister Pradeep Maharathy and conveys his deep sympathy to the bereaved family and constituents. “He was a popular leader & able legislator, his untimely death is a big loss to the polity”, the Governor added. 🙏🙏

Chief Minister Naveen Patnaik expressed deep grief at the passing away of the former minister. Patnaik described him as a stalwart of Biju Janata Dal and a true leader of people. The
CM conveyed his deep sympathy to the bereaved family and the people of Pipili.

A rare picture of Maharathy with his mentor former Odisha CM late Biju Patnaik began to do rounds on social media. 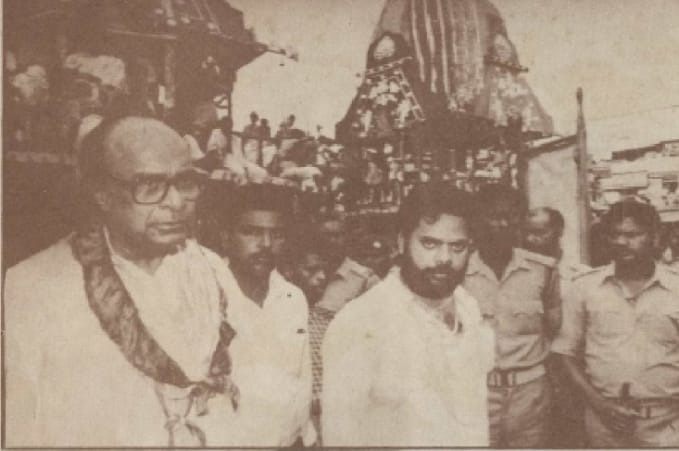 Senior Congress MLA Suresh Routray who happens to be a relative of Maharathy spoke of his close association with the leader.

“We had been working with each other for the last 40 years and even though we had different political affiliations, we were close brothers. Maharathy was a great leader and a man with developmental ideologies at the grassroots level,” said Routray.

“He was a straight-forward person with a clean heart and worked very hard to make others happy,” said Higher Education Minister & Maharathy’s colleague Arun Sahoo.

Once a farmer and very practical, he understood the problems of the farming community like no other leaders in our State. I had a very close relationship with his family. It is a huge loss for me personally as well as for the entire State,” said senior BJD leader Debi Mishra.

Maharathy started his political career as a student leader in SCS College, Puri, and was elected to the Odisha Legislative Assembly from Pipili Assembly constituency for the first time in 1985 on Janata Party ticket.

As a minister, he held many important portfolios like Panchayati Raj & Drinking Water Supply, Agriculture and Fisheries during his terms.

He is survived by his wife, a son and daughter.

On January 19, 2012, Maharathy resigned from the post of Agriculture Minister on ‘moral grounds’ after being accused of shielding the accused in the infamous Pipli gangrape case. He again resigned from the post in 2019 following criticism over his controversial remarks on the acquittal of two persons arrested in connection with Pipili gang rape.