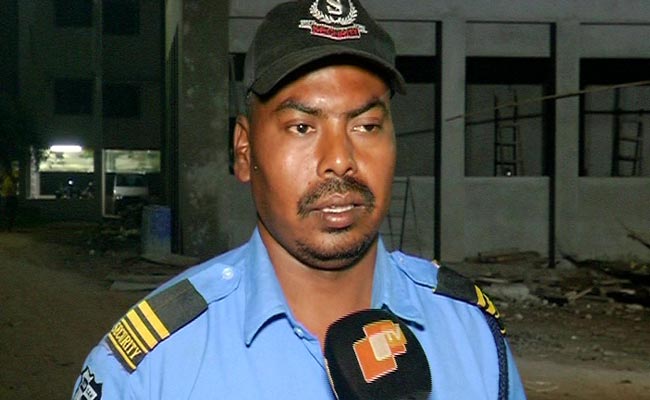 Bhubaneswar: At a time when people are often seen not coming out to help needy or even accident victims on roads, the story of a security guard of Bhubaneswar travelling all the way from the Capital city to Keonjhar, over 150 kilometres to return a lost wallet certainly goes a long way to restore faith in humanity.

The security guard Mudbir Khan works in a private security agency in Bhubaneswar. On Wednesday evening, Khan was returning home after his shift when he spotted a wallet on the road near Fortune Tower here.

The purse reportedly belonged to one Jyoti Prakash Ram, a resident of Fakirpur village under Anandapur Sub-Division in Keonjhar district.

“I was clueless where to find the person in Bhubaneswar and also searched for any phone number available in any of the documents. Though I got a bill of a shop in Jamshedpur and called on the landline numbers mentioned on it. They said that they do not know anything about the person,” added Khan.

Further explaining to OTV, Khan said, “I got the purse owner’s permanent address in the Aadhaar card, which mentioned a village in Keonjhar district. At around 8 PM, I decided to go to Keonjhar and boarded a bus the same night.”

Later, Khan reached Fakirpur village on Wednesday morning and handed over the purse to Ram’s parents as he was not present at his house.

“I had once lost my purse and I know what pain one has to go through to get back all the documents. I feel contented by helping them get their son’s purse back. Ram’s parents too thanked and were obliged for my efforts,” added the security guard.