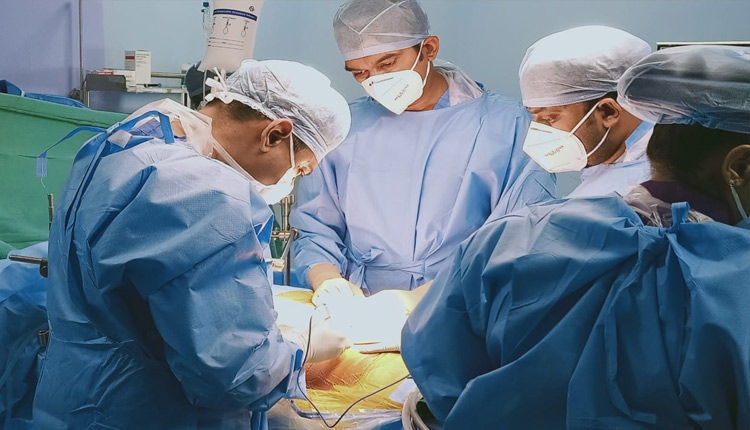 The liver transplant was conducted on a 49-year-old teacher Umesh Kumar Rout of Sambalpur, who received a portion of the liver of his sister Anita Kumari (41). The surgical procedure which started at 4 AM on Sunday continued for 12 hours.

“Rout was suffering from end stage liver disease and the only option available was to go for a liver transplantation to save his life,” said Manoj Kumar Sahu, Head of the department of Gastroenterology at IMS and SUM Hospital.

As per sources, a 40-member team was constituted for the purpose, which comprised of doctors, nurses and paramedics from multiple specialties including Gastro Intestinal surgery, Hepatology, Anesthesia, Cardiology, Urology, Nephrology, Radiology, OT, Infection Control, Central Lab and Blood Bank. A memorandum of understanding was also signed earlier between AIG and SUM Hospital for undertaking the liver transplantation.

Explaining the surgical process, Sahu said about 60 per cent of the donor’s liver was first taken out while the diseased liver was removed from the patient simultaneously in a separate OT. The new liver was implanted with the surgeons attaching the arteries, veins and bile ducts perfectly. A new technology Rotem was used to monitor the coagulation parameters of the recipient. Both the donor and recipient had been extubated after surgery, he said.

Reportedly, the first such surgery was conducted at IMS and SUM Hospital on March 5. A 55-year-old patient from Balasore, Jayanta Kumar Biswal had received a portion of the liver of his 18-year-old son in a successful transplant.