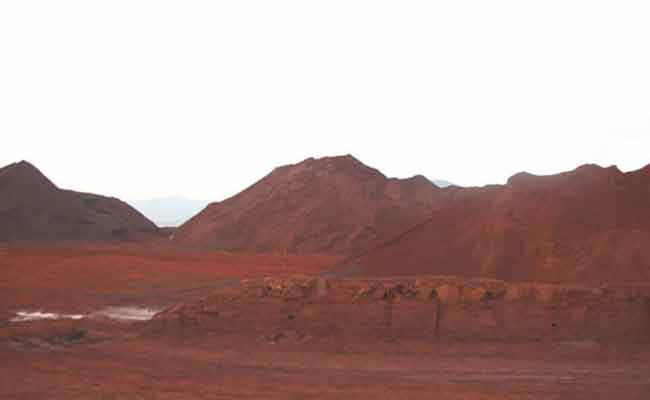 New Delhi: Providing relief to mining company Sarda Mines Pvt Ltd., the Supreme Court on Thursday allowed it to resume its mining operations in Odisha subject to deposit of Rs 933 crore towards environmental compensation by February 29.

A bench of Chief Justice S A Bobde and Justices B R Gavai and Surya Kant also allowed the Naveen Jindal-led JSPL to transport high-quality iron ore lying in the Thakurani block mines is SMPL.

The top court, however, made it clear that JSPL can transport the iron-ore only after SMPL pays Rs 933 crore towards compensation for the environment.

While reserving its verdict in the case on January 16, the apex court had said it was “not averse” to allowing Jindal Steel and Power Ltd (JSPL) to transport the high-quality iron ore lying stacked at the non-functional Sarda Mines for its pellet plant in Odisha.

The top court had earlier taken on record an undertaking from Sarda Mines Pvt Ltd (SMPL) for payment of Rs 933 crore towards environmental compensation to the state government.

SMPL was a supplier of high-quality ore to the Naveen Jindal-led JSPL plant and was closed on March 31, 2014, for want of environment clearances.

The counsel for SMPL had earlier told the top court that it had on January 15 allowed it to resume the mining operation at Thakurani iron ore mines provided it makes the payment of its dues to the state government within a month.

He had sought time till the end of February to comply with the direction of payment on the ground that the mine was closed for over five years and the company did not have any earnings.

Senior advocate Mukul Rohatgi, appearing for JSPL, had said it has taken loan of Rs 2,000 crore from SBI for purchase of minerals stacked in one corner of the mine.

He had said JSPL will pay the royalty for the minerals to the state.

The top court had also asked SMPL to file an undertaking to comply with all the rules, regulations and other mandatory provisions for carrying out mining operations.

The apex court had said that upon the fulfilment of these conditions — payment of dues and filing of undertaking — SMPL can resume its mining operations in the leased area for the remainder of its lease period.

The CEC in its report of May 8, 2019, had said the SMPL during the period between 2001-02 to 2010-11 has produced 135,34,703 tonnes of excess quantity of iron-ore in violation of the environmental clearances granted by the Ministry of Environment and Forests and assessed the dues towards compensation to be around Rs 933 crore.

Odisha government and the CEC had expressed no objection to the prayer of SMPL for resuming of operation at the mines provided it deposited the assessed dues and strictly complied with all other mandatory rules, regulations and conditions for conducting mining operations.

Smoking During Pregnancy Increases Risk Of Fracture In Infants

‘Harassed By Police For Fair And Fearless Journalism’, OTV Senior…