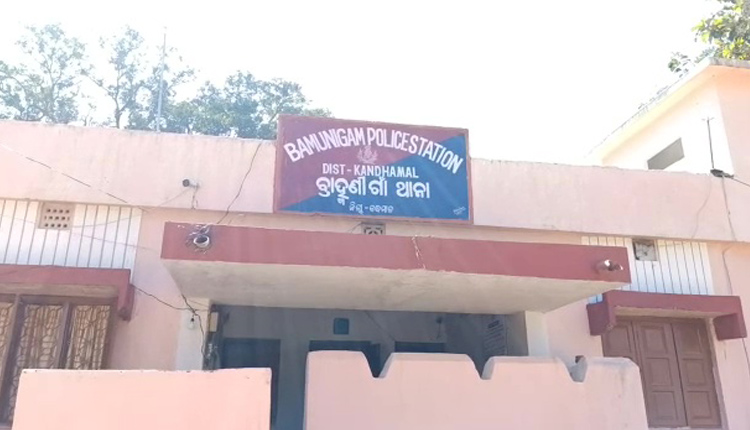 Phulbani: Panic gripped Tamangi village under Daringibadi block in Kandhamal district today after the father of a village head was allegedly hacked to death by some unidentified miscreants.

As per reports, the incident happened when the Sarpanch of Hatimunda Panchayat, Mandakini Mallick was out with her father Pandar Mallick, mother Dakinialu Mallick and her brother.

The masked-attackers ambushed her father Pandar near Tamangi and allegedly hacked him to death with a sharp weapon. The assailants reportedly fled the spot leaving Pandar to die on road.

Bamunigam Police rushed to the spot following a complaint by Pandar’s family and launched a probe in this connection. No comments could be obtained from the police.