Sanjay ‘Vani’: All gloomy, No Silver Lining In Indian economy

Faulty policy planning by Modi government has landed the economy in a mess. They are giving dole outs to rich but taxing hard on middle class, salaried  and poor 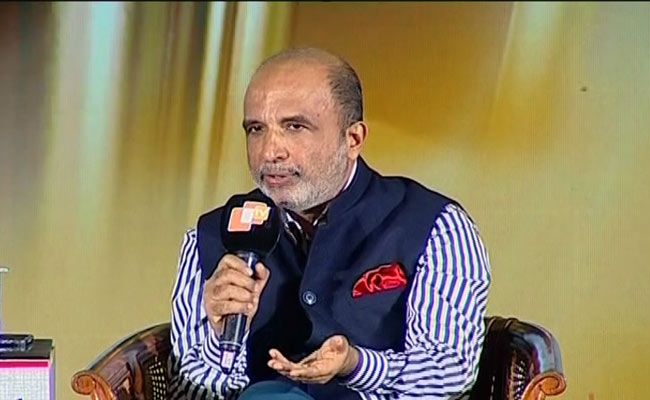 Bhubaneswar: Blaming the Modi government for lacking the knack to feel the pulse of the ailing economy, Congress national spokesperson Sanjay Jha questioned the NDA government’s move to announce big deal of sops for the corporate sector prior to budget.

At the moment we are in a serious economic funk, said Jha while speaking here today at the 10th edition of OTV’s annual conclave ‘Foresight’.

“Though Finance Minister Nirmala Sitharaman recently  has spoken about seeing green shoots in the economy, I don’t see any silver lining in the Indian economy,” said Jha.

“The government seems clueless, when there is no demand in the economy, the government has announced Rs 2.4 lakh crore tax sops to corporates,” he emphasised.

In order to boost his observation, this formidable Congress spokesperson, reeled out the hard data on Indian economy. Jha said, the nation’s GDP is at 11-year low. Investment is at 17-year low and agriculture at 4-year low etc.

Despite all such red blips, the big letdown is the Modi government is in denial mode, rued Jha. He criticised the BJP led NDA government as headline hunting government. The government only give ‘Sexy Bannered lines’  but bottom line, there is no delivery, Jha ridiculed.

The Congress spokesperson has also criticised Odisha government. Without taking names, Jha said it’s a flawed thinking that some bureaucrats or a few chosen people could deliver or bring any change in governance.

Participating in Q&A session, Jha said faulty policy planning by Modi government has landed the economy in a mess. They are giving dole outs to rich but taxing hard on middle class, salaried  and poor.

In order to drive up the demand in economy, the government should have laid emphasis on job creation in rural areas. But the budget 2020-21 has effected a cut in MGNREGA, he emphasised.

The Congress spokesperson also blamed the Modi government for the current crisis in country’s financial world.

In response to the query that the problems in banking sector are a creation of previous UPA government, Jha vehemently denied and reeled out figures claiming that NPAs increased to over Rs 10 lakh crore now from Rs 1.45 lakh crore in UPA regime.