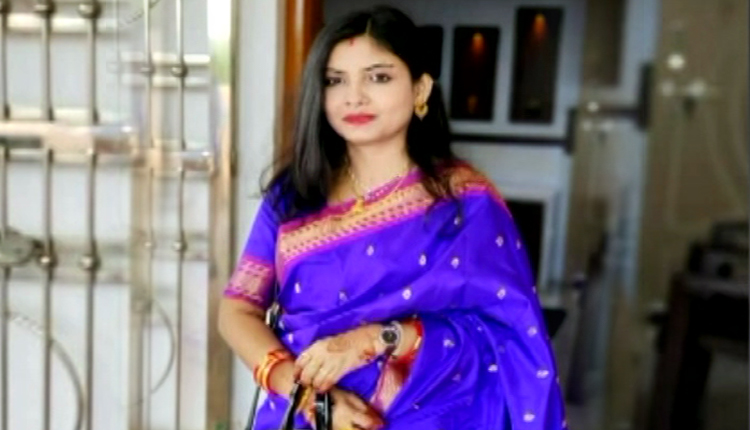 Dhenkanal: Odisha steel & mines minister and BJD MLA from Kamakhyanagar, Prafulla Mallick has drawn flak after a response to an RTI query revealed that his alleged abuse of powers compelled authorities of Kamakhyanagar College in Dhenkanal to show undue favours to his daughter-in-law who is associated with the College as a lecturer.

It has been alleged that Lipsa Pradhan, the minister’s daughter-in-law, received salary every month from 2016-2018 even during her absence from College during the period.

As per reports, Right to Information (RTI) activist Jayakrushna Behera had filed an application with the Public Information Officer (PIO) of Kamakhyanagar College seeking details regarding the same. He got to know that she is doing her PhD with Utkal University in Bhubaneswar.

As per reports, she worked as a lecturer at the college but the allegations of being paid salary even during her leave has come as a shock for many. The salary disbursement register also corroborates that she has been given salary every month during the absence period.

Reportedly, the activist again sought information with regard to her PhD studies from the varsity authorities.

The Controller of Examinations, Utkal University has responded to the RTI application dated November 21, 2017, of Jayakrushna Behera and issued a letter to PIO of the varsity to pass on the information to the applicant concerned. “This is to inform you that on verification of records on the subject regarding PhD registration of Lipsa Pradhan, Lecturer in Zoology, Kamakhyanagar Mahavidyalaya, no such name is found in the PhD registration register for the academic session 2015-16 and 2016-17,” mentioned the reply of Examination Controller, a copy of which is with the OTV.

“When I tried to find out who among the faculty members is pursuing a PhD, the authorities named Lipsa Pradhan. When Utkal university authorities were asked about Lipsa Pradhan, they said they did not find any person with such name pursuing PhD in the last 2 years,” said Jayakrushna Behera, the RTI activist.

“There is a threat to my life. I am getting death threats. I want protection. If anything happens to me, they (minister’s family) will be held responsible,” he added.

Ramachandra Sahu, Principal of Kamakhyanagar College said, “I have no idea about this as I was not involved in any of the office matters between 2016 and 2018. I took over the responsibility in 2019, so I am not aware of what actually has transpired. But I will seek details into the allegations.”

Meanwhile, the Bharatiya Janata Party (BJP) has come down heavily on the ruling-BJD over the issue. “She (Lipsa) was receiving salary even when she was not going to the College. In Odisha, for ministers, MLAs, BJD leaders, there is one rule, and for the common men, there is a different set of rule. This is the real face of BJD, people are seeing and they will be the ultimate authority to decide what is right and what is wrong,” said BJP General Secretary Lekhashree Samantsinghar.

However, the minister has refuted all allegations citing he hasn’t misused his power, nor has the College shown any undue favour. “My daughter-in-law had taken admissions to pursue her PhD. However, she could not attend her classes owing to my son’s health condition. She has been appointed to the college as a lecturer on a contractual basis. She took classes and also was an invigilator during exams. She has not obtained a single penny in illegal manner. She is pursuing her PhD in Zoology at the Utkal University and she has all the documents,” Prafulla Mallick has clarified.

His daughter-in-law also termed the allegations as fake and stated that she is in possession of all valid documents.