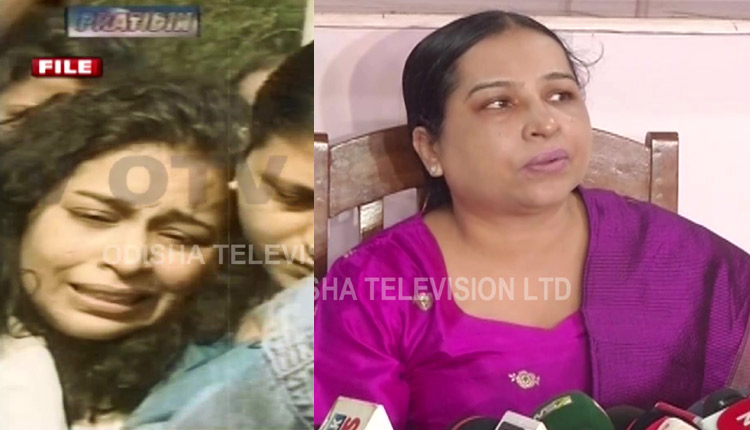 “For the last twenty-two years, I have been dying every day. No one can imagine the trauma, the pain I have gone through over the years. Adding to this, I have been getting life-threatening calls from time to time. But at last, it is a bit of relief to me as the main culprit Biban Biswal, who along with his two friends ruthlessly raped me for four hours, has been arrested.” Her reaction has come after the main accused of the gang rape case was arrested by Commissionerate police.

Today Anjana Mishra looks calm, composed, and relaxed when giving this statement to the
media. I was a young reporter when this incident had occurred. Since then I have been following this case, whenever any update comes.

For the last 22 years, perhaps everyone including the media have forgotten her name. But in 1999, the Anjana Mishra gang-rape case made the national headline as it was a high-profile rape case. Anjana Mishra, the separated wife of an Indian forest service officer, was gang-raped on January 9, 1999. The case created an uproar in the State as Anjana accused then Chief Minister JB Pattnaik and the advocate general of Odisha Indrajit Ray of having played role in this incident.

It was early in the morning of 10th January 1999 at 6 am when I was asked to come to the office as soon as possible. When I reached my office, I was informed that Anjana Mishra was gang-raped.

The car in which Anjana and her journalist friend were travelling in on 9th January 1999, was
stopped at an isolated place near Barang on the outskirts of Bhubaneswar by three persons
and she was gang-raped in front of her friend at gunpoint.

It was hard to believe, as I met her in a social gathering the previous night. However, one of our
camera teams had already left for Cuttack to cover and I was told to keep an eye on the incident
happening in Bhubaneswar.

As soon as the news of this case spread, all the NGOs, political parties hit the streets- protests and agitation all over. Police and Administration were under tremendous pressure. The opposition was demanding the resignation of then Chief Minister JB Patnaik.

Anjana was in the headline prior to this gang-rape incident as she had filed a case against then advocate general Indrajit Ray in 1997. She had accused Ray of attempting to molest her. She took him to court and then Chief Minister JB Patnaik was drawn into the controversy for his alleged role in trying to bail out Ray, a friend of his.

And finally, JB Patnaik had to quit the post of Chief Minister. Of course, there were other incidents like Graham Staines’ brutal killing in Keojhar that added fuel to people’s anger. Both the incidents brought a hell of misery, pain for her. She had fought a long battle all alone. After the gang-rape incident, Anjana’s family disowned her and she had to live alone in an apartment. Barring some of the social activists, nobody visited her and no one talked to her. She had to confine herself in the apartment.

We, as a reporter, only visited her to take her interview in case of any update in connection with the case. Her aggressive nature and boldness used to make many think that she was not in her proper state of mind. When she heard this, she became furious and gradually everyone avoided her. But today I feel she is a fighter. Even today, rape is a stigma and taboo in our society. If a woman gets raped, society hardly stands with her. However, Anjana had the guts. She had the courage to say that she was gang-raped.

Can we imagine the trauma she was going through while narrating her story? No. We can’t. Driven out by her husband, disowned by her parents and brutally gang-raped, Anjana Mishra’s life has been a series of nightmares still she survived with dignity and pride. Today, when we asked her whether we could show her face, as according to the Supreme Court judgment one cannot show the face of survivors, she said, “Why should I be ashamed of whatever that happened to me. I am a victim, not a culprit.”