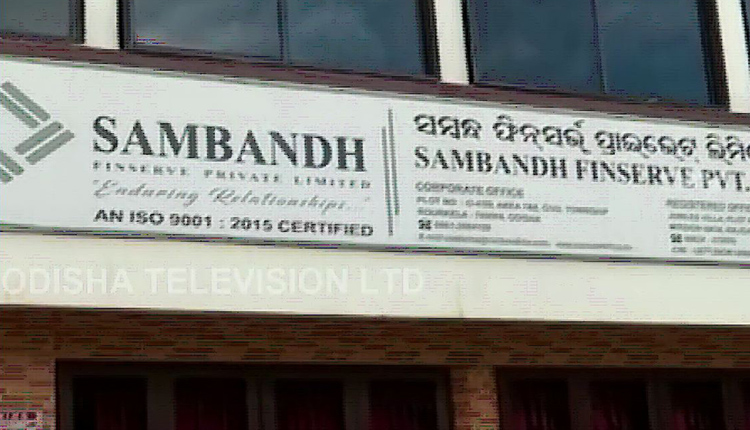 Rourkela: A microfinance company based in the Steel City Rourkela allegedly duped its loanees to the tune of Rs 250 crore.

As per reports, the microfinance company used to borrow money from multiple banks and other NBFCs and then lent that money to other self-help groups and individuals through joint liability.

Sources said, the farm had borrowed Rs 433 crores from State Bank Of India, Yes Bank and Bandhan Bank, but after it failed to repay the loans, an internal investigation was launched to probe the suspected irregularities. The matter came to the fore after a senior employee of the farm blew the whistle and it was revealed that out of the 433 crores, only Rs 391 Crore were disbursed as loan to the loanees, while there are no records of the rest Rs 251 crores.

Bipin Kishore Majhi, a beneficiary from Gyanapali Panchayat said, “Deepak Kindo promised about 40 persons from this village to get us loans for farming. It has been three years, but we have not got anything.”

Shedding light on the alleged scam, Trinath Lenka, an economic analyst said, “Rs 251 Crores out of the total sum has been showed as a fictitious asset, which is basically a crime.”

“They have created several shell accounts and transferred the amount to those accounts,” added Lenka.

Livinus Kindo, the Chairman of Sambandh Finserve and a former Indian Administrative Officer said, “The allegations are not baseless. We have deployed many senior officers in the field. I think they have not supervised the case honestly. I will take action against whoever is found guilty.”

Sarada Prasad Nayak, MLA from Rourkela and President of District Planning Board said, “Nobody is above the law, anybody found involved in this would be punished according to the law.”

“They have been doing an internal investigation. If anything comes out, we will take appropriate legal recourse,” Aboli Sunil Narain, ADM of Rourkela said.

Centre Imposes Ban On Import Of ACs With Refrigerants