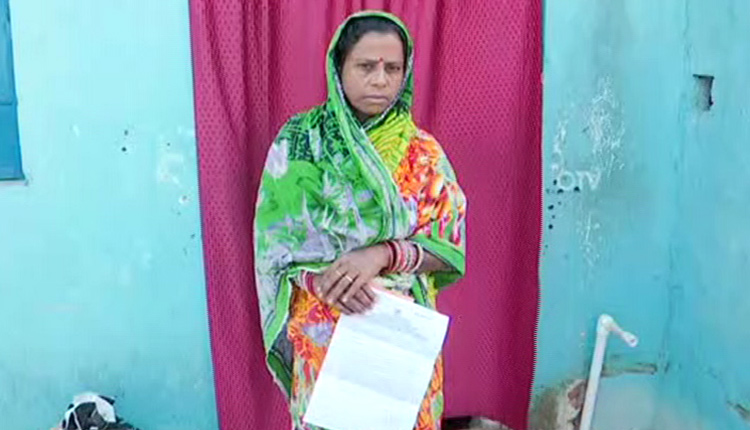 Rourkela: The steel city has once again come to limelight for wrong reasons after a Papad seller in Balughat area was asked to repay a sum of more than Rs 13 Lakh by the Goods & Services Tax authorities on Friday on charges of evading taxes.

As per reports, Jhunu Pradhan, who sells Papads, Lentil Dumplings and other household food items in the local areas was taken aback on Friday when she received a notice from the GST department asking her to pay Rs 13,38,108 towards GST including applicable interest and penalty.

The notice from the GST and Central Excise Office in Rourkela mentioned Jhunu as the owner of M/S Trinetra Traders which she denied of knowing anything about.

As per the notice, the department found out about a non-existent firm, M/S Kalinga Steels, registered at Basanti Colony in the steel city issuing several invoices amounting to Rs 74,33,937 to Trinetra Traders.

Following the development, the GST department demanded a repayment of Rs 13,38,108 from her accusing her of receiving the Input tax Credit (ITC) of the same amount from Kalinga Steels.Since the Kalinga Steels was found to be a fake firm, the ITC availed by Jhunu was non-admissible. So the department directed Jhunu to repay the amount which she denied of availing.

Speaking to OTV, Jhunu said, “A man from this slum took my KYC documents to open a bank account in my name a year back, but did not provide me a savings account in any bank. However, after that, I received such notices twice.”

“The police have come to my place to investigate and told me that I have been defrauded by some unscrupulous men,” said Jhunu.

It is worthwhile to mention here that, GST frauds are going on unabated in Rourkela with instances of evasion of taxes to the tune of hundreds of crores being reported on a regular basis from the Steel City.

The GST department had recently served a notice to one Kartik Kamila, who happens to be a vegetable vendor, for Rs 100.09 crore tax fraud. However, the accused denied the charges.