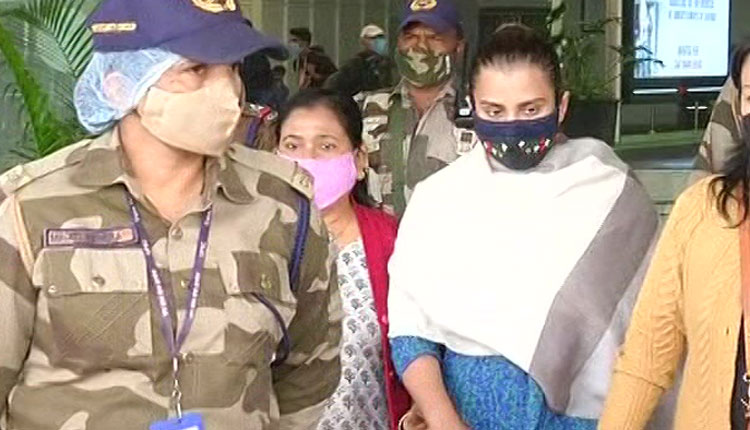 Bhubaneswar: Subhra Kundu, wife of Rose Valley chairman Goutam Kundu, was taken on a five-day remand by the Central Bureau of Investigation (CBI) starting from today.

Subhra, an accused in Rose Valley chit fund scam involving multi-crores, was brought to Bhubaneswar yesterday. She was produced before the special CBI judge court where the probe agency sought her seven days remand. However, the court allowed five days remand.

During the remand period, the CBI will conduct further questioning of Subhra in connection with the chit fund scam. The CBI is expected to conduct an intensive investigation to ascertain the involvement of other persons in the scam in Odisha.

Notably, Subhra was arrested two days back from her apartment in south Kolkata. She was earlier taken to the CBI office at the CGO complex at Salt Lake for questioning. Subhra Kundu’s husband Gautam Kundu is also in jail since March 2015. The group has allegedly cheated thousands of depositors, promising high returns on investments in its illegal schemes.

According to CBI sources, the amount of money garnered by Rose Valley through such schemes could be more than Rs 12,000 crore.

Subhra had also faced interrogation several times by the CBI and ED since 2015 when her husband was arrested.

The Rose Valley group has allegedly made substantial investments in hotels and resorts across the country including Odisha and Bengal by duping scores of people.