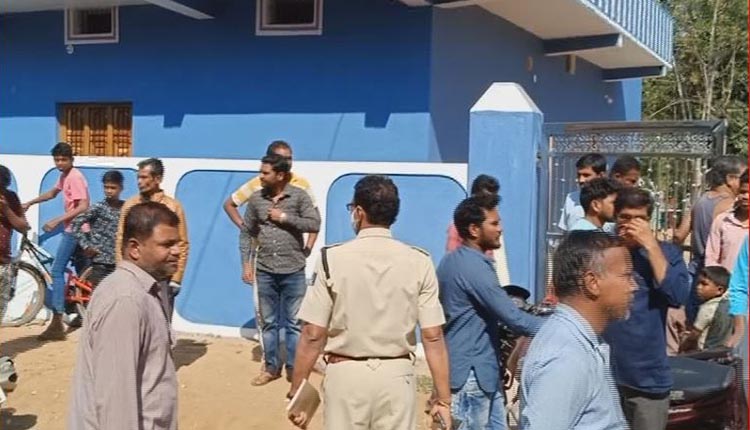 Bolangir: A gang of robbers armed with weapons looted gold ornaments and cash worth Rs 20 lakh from a house located at Shantipur village under Khaprakhol police limits in Bolangir district.

As many as 15 to 20 anti-socials executed the act at the house owned by one Bharat Sahu late on Friday night.

After barging into the house, the looters terrorised Sahu and his family members by brandishing weapons. They pillaged all the rooms of the house and found Rs 6 lakh cash and gold ornaments.

The approximate cost of the gold items and cash is worth over Rs 20 lakh, the family members claimed.

When some neighbouring residents rushed to the front-yard of the house after learning about the burglary, the robbers hurled crude bombs at before fleeing from the spot.

A scientific team along with the Inspectors-in-charge of Khaprakhol and Patnagarh visited the house and launched a probe into the matter.

“A case has been registered and senior officers and forensic teams are conducting probe into the matter. We will reveal the details once the investigation is over,” the SP said.

K-Drama True Beauty Episode 12: Jugyeong To Leave Suho And Seojun As Her Secret Is Out in Episode 13