Republic Day 2021 Odisha: R-Day Celebrations Kick Off With Unfurling Of Tricolour In Bhubaneswar 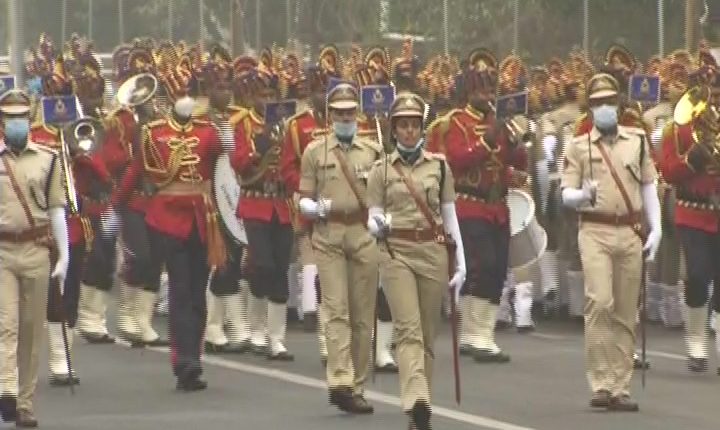 Bhubaneswar: Odisha has celebrated the 72nd Republic Day to commemorate the date of the adoption of the Constitution of India. To mark the occasion, State-level parade has been held at the Mahatma Gandhi Marg in Bhubaneswar. Odisha Governor Prof Ganeshi Lal unfurled the tricolour in presence of Chief Minister Naveen Patnaik as Guest of Honour.

Keeping in mind the Covid-19 situation, the 72nd Republic Day celebration this year is a low key affair as the State government has discouraged large gatherings and the participation of the general public in the wake of Covid pandemic.

Republic Day celebrations from across Odisha:

‘Let us realize the vision of our constitution-makers & freedom fighters and promise to strive for justice,liberty, freedom & equal rights for every Indian and for peace & unity among us all,’ observed Hon’ble Governor. pic.twitter.com/a320NAqxtQ

.@PandaJay greets people of this great nation on the occasion of 72nd #RepublicDay. pic.twitter.com/xwRu1q12L0

Greetings to all my fellow Indians on the joyous occasion of 72nd #RepublicDay !

Chief Minister Naveen Patnaik extended wishes to the people of Odisha on the occasion of 72nd Republic Day.

Let us reaffirm our pledge to uphold the ideals enshrined in our Constitution on this #RepublicDay and work for a strong #Odisha. pic.twitter.com/ZgGi6AjJUD 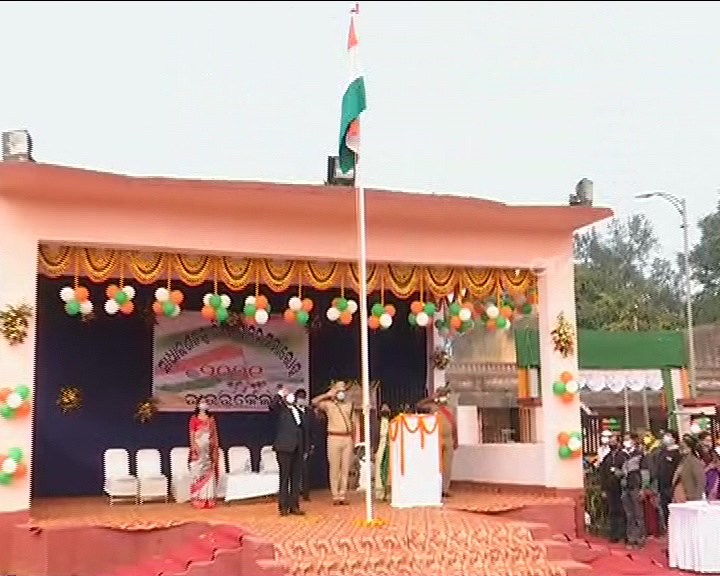 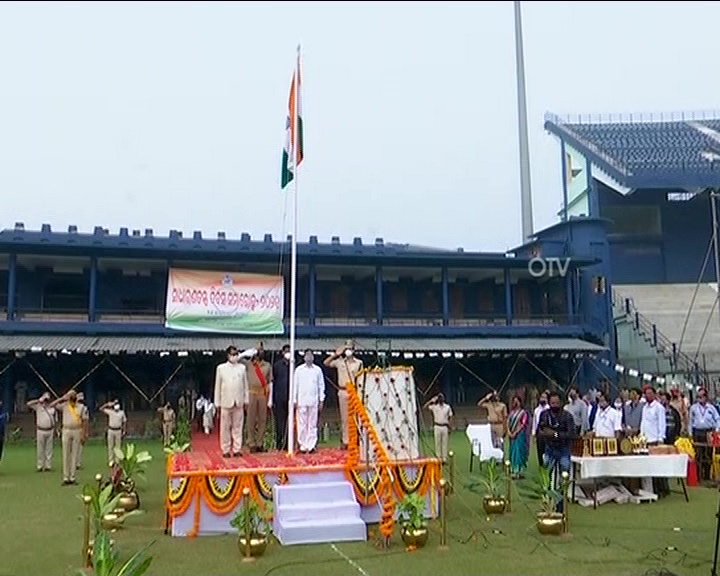 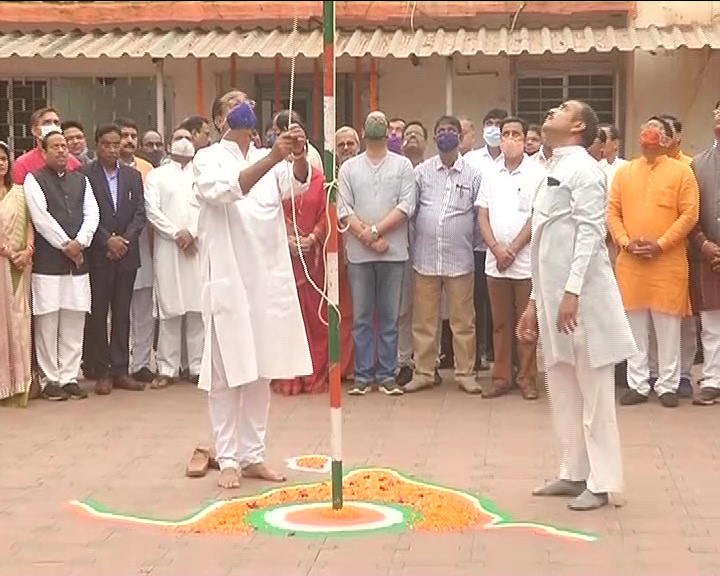 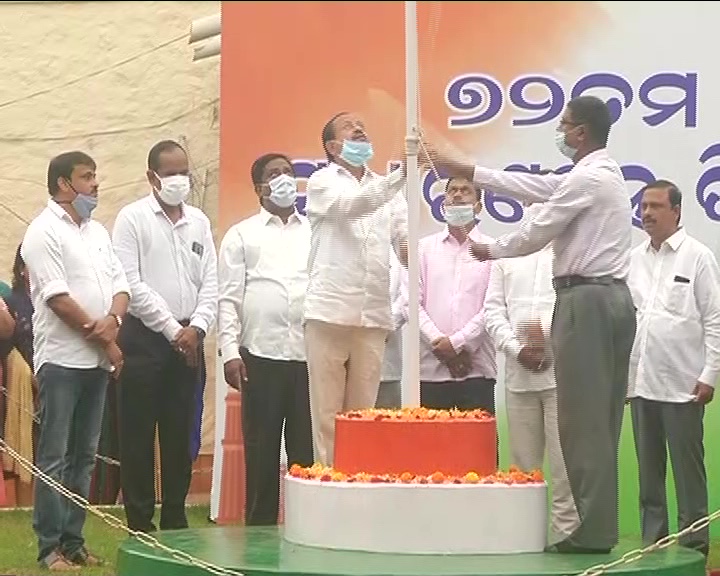 Republic Day celebrations at BJD headquarters in Bhubaneswar with the unfurling of Tricolour by party Vice President Debi Mishra in presence of other leaders.

Catch a glimpse of the State-Level Parade from Bhubaneswar: 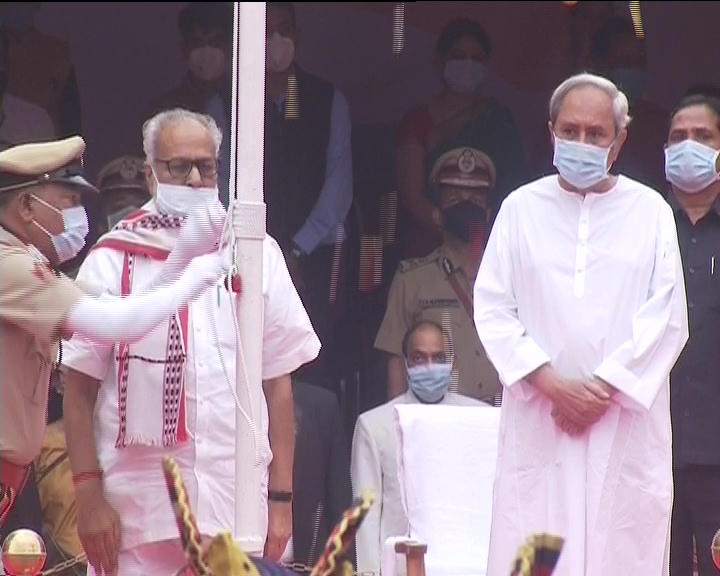 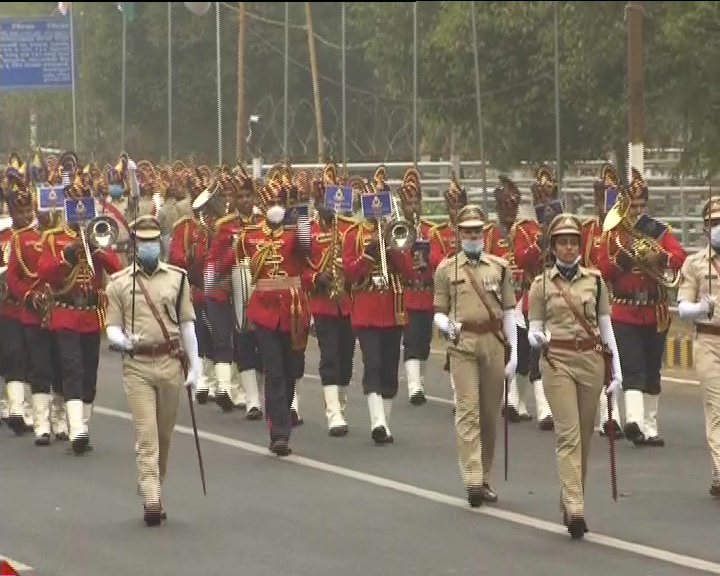 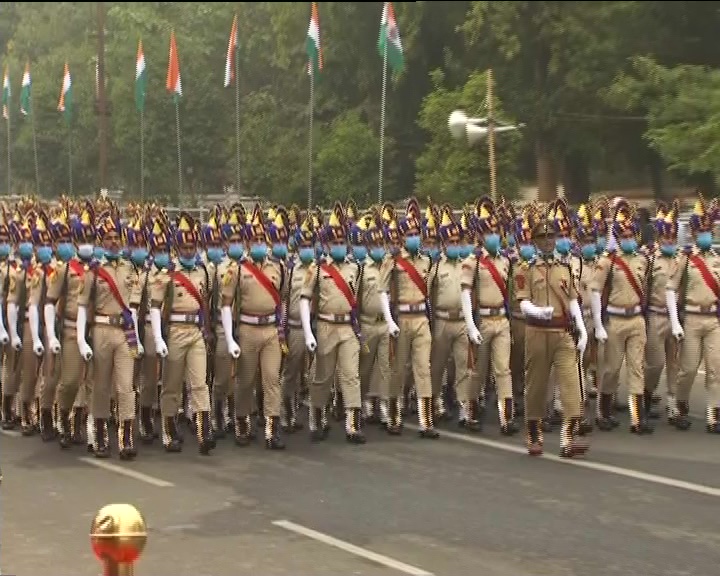 Only police contingents were allowed in the State-level parade ceremony. A total of 14 contingents participated in the March-past. As many as 25 platoons of police force were deployed on duty during the celebration. The entire stretch of the Gandhi Marg was under CCTV surveillance with a 24×7 control room. 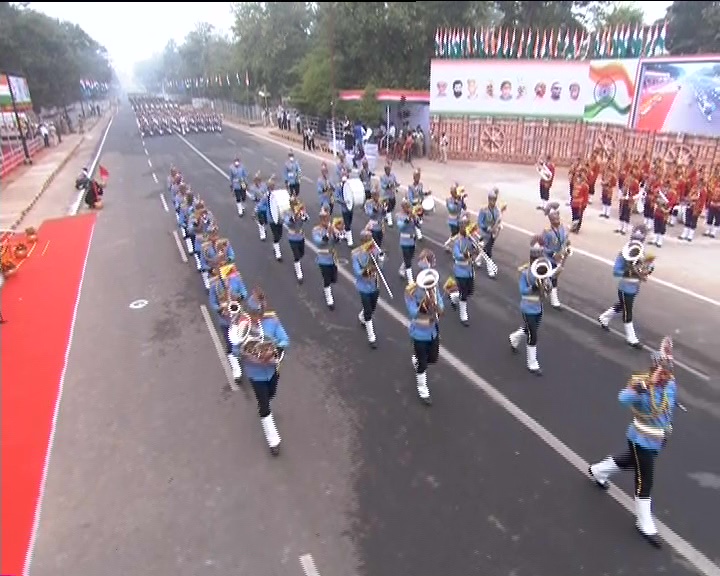 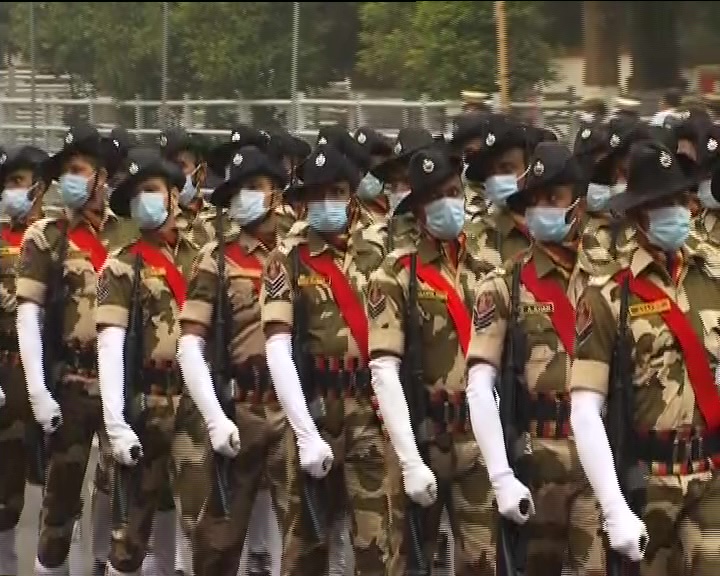 As per the previous guidelines laid by the government, only armed police force took part in the parade. There was no participation of the school students and NCC cadets. Besides, no cultural events were performed in the parade this year in the wake of the Coronavirus pandemic. 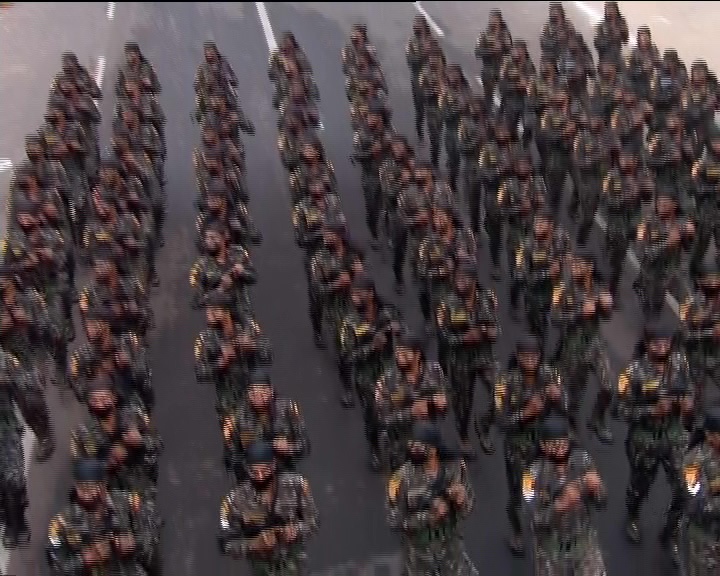 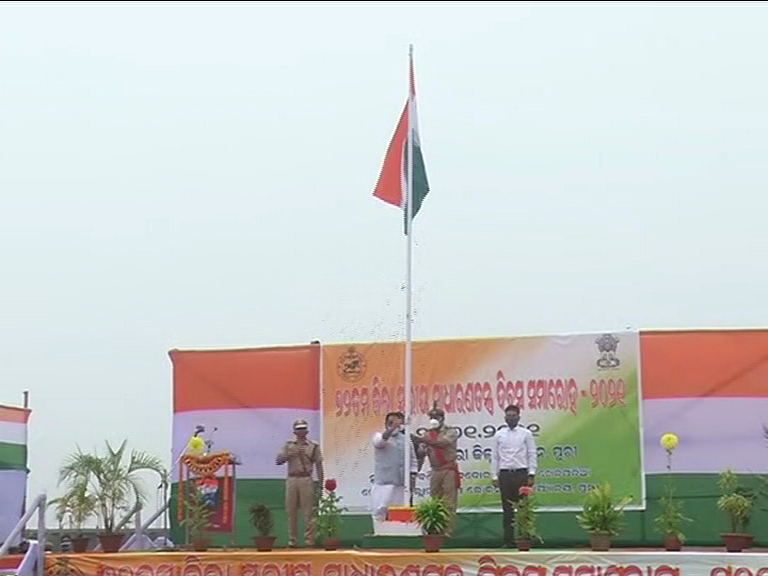 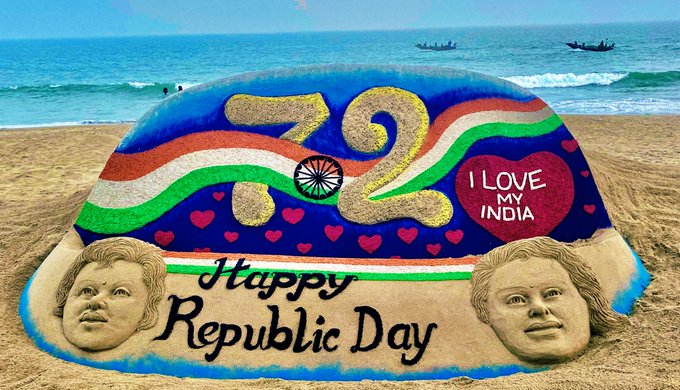 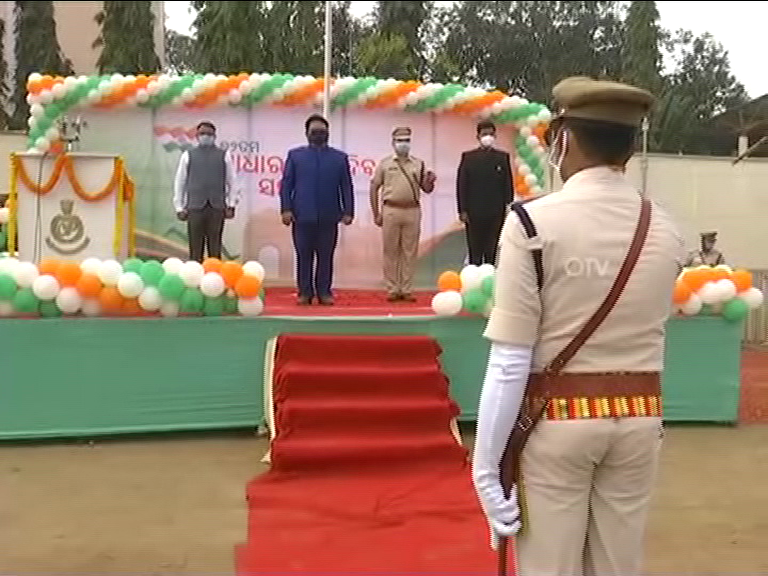 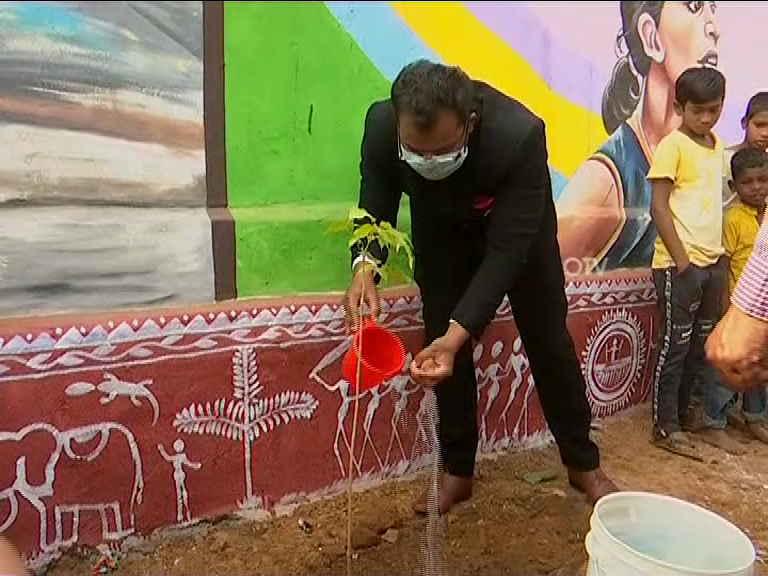 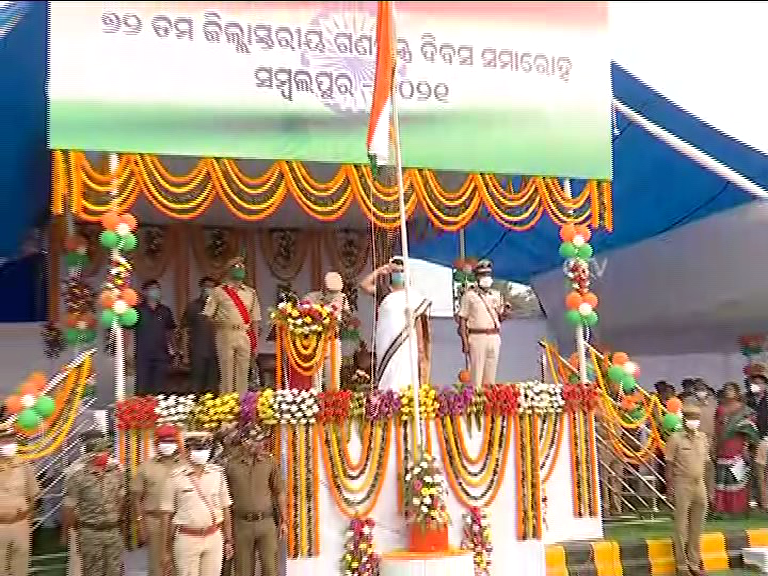 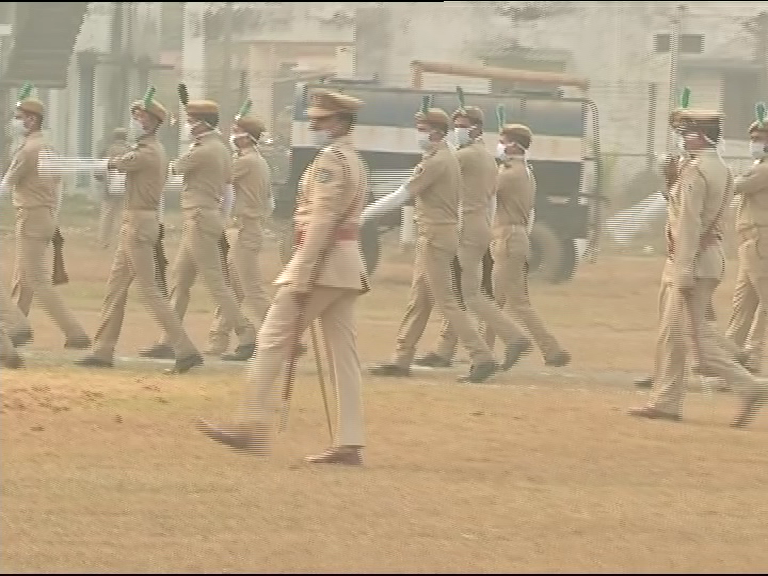 Parade by police personnel to mark Republic Day celebrations in Balasore. Law Minister Pratap Jena unfurled the national flag as the chief guest on the occasion. 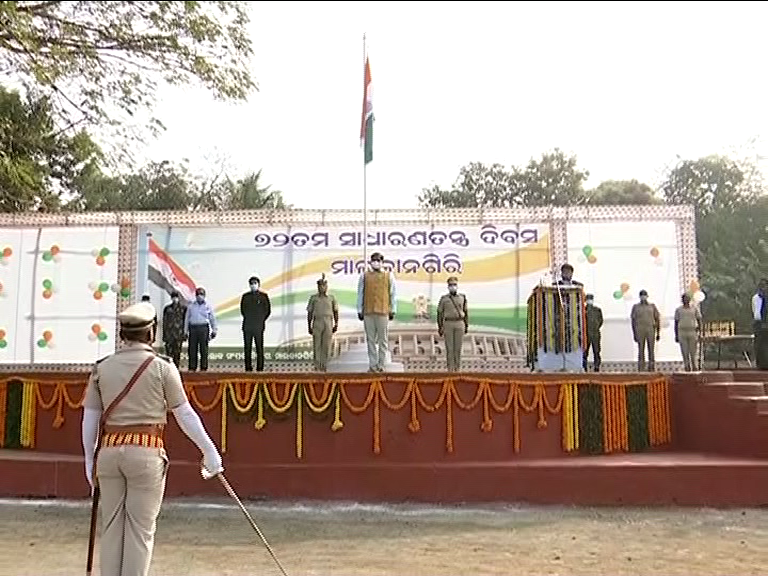 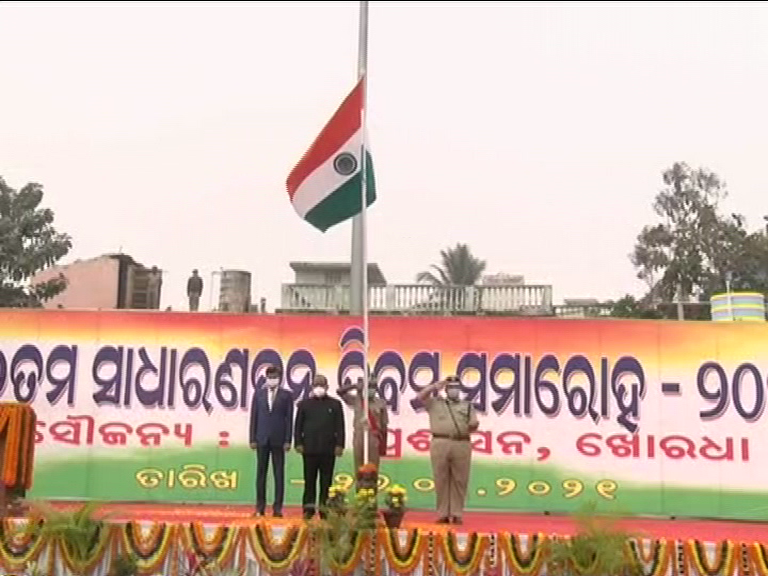 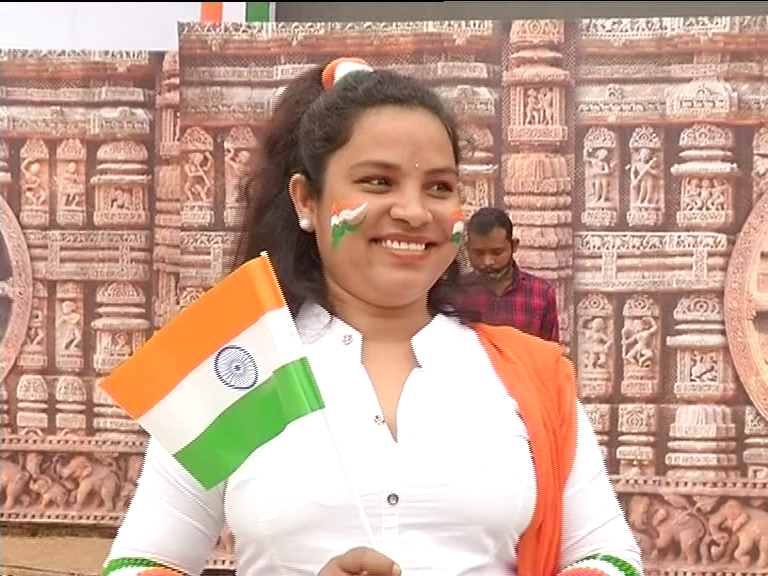 A girl paints her cheeks with the tricolour on the occasion of 72nd Republic Day in Bhubaneswar.