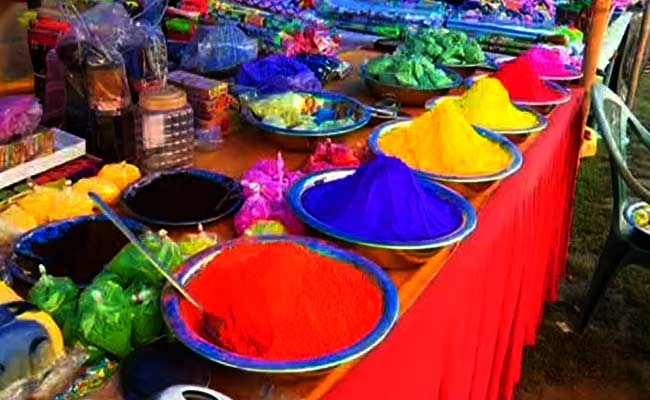 Bhubaneswar: Rain may dampen Holi celebrations across Odisha tomorrow as several parts of the State will experience light to moderate showers in the next 24 hours, predicted Regional Meteorological Centre in Bhubaneswar today.

Under the influence of a cyclonic circulation, light to moderate rainfall accompanied with thunderstorm and gusty wind reaching 30 to 40 km per hour may occur in some districts includingNuapada, Kalahandi, Koraput and Rayagada today, informed Duty Officer at Regional Meteorological Centre, Madan Mohan Das adding that weather in other parts will be mostly dry.

Yellow warning has been for 14 districts including Ganjam, Gajapati, Rayagada, Koraput, Nuapada, Nabarangpur, Bargarh, Sambalpur, Sundergarh, Jharsuguda, Deogarh, Keonjhar, Mayurbhanj and Kandhamal. These districts are likely to experience light to moderate rainfall along with thunderstorm and lightning in the next 24 hours.

#WeatherUpdate: Rain and thunderstorm likely to lash 14 #Odisha districts in the next 24 hours. Temperature will increase considerably after three days in the State, informs Madan Mohan Das, Duty Officer at Regional Meteorological Centre in #Bhubaneswar pic.twitter.com/IBWH4GKSA4

Similarly, rainfall will also occur at one or two places over the districts of Kandhamal, Rayagada, Gajapati, Ganjam, Koraput, Sundergarh and Jharsuguda tomorrow.

On the other hand, betel vineyards in around 50 acres of land at Ralabha village under Hinjilicut block of Ganjam district were damaged due to strong winds and rainfall that lashed the region yesterday. There are also reports of extensive damage to vegetable cultivation in other parts of the state due to unseasonal rainfall.