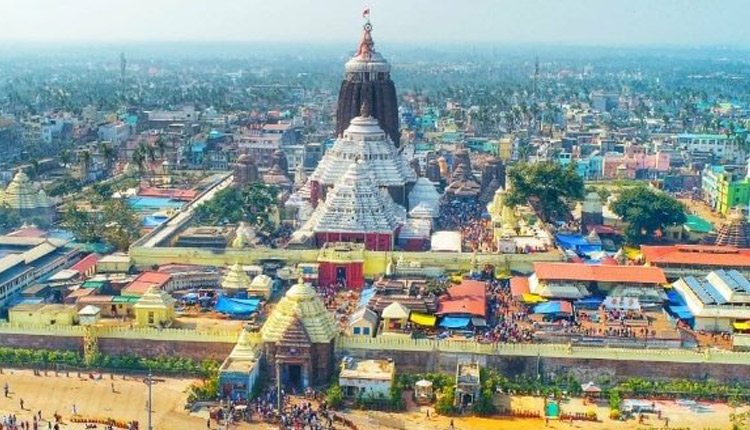 Puri: The Sri Jagannath temple in the pilgrim town threw open its doors for public on Thursday with a major relaxation as the district administration withdrew the mandatory production of Coronavirus negative certificate as a precondition for entry into the 12th-century shrine.

While the residents of Puri were allowed to enter Srimandir between 6 am and 7 am, the devotees from other parts of the State and outside were allowed for darshan from 7 am today. As per the decision by the temple authorities, public darshan will not be allowed on Sundays.

Special arrangements have been made to facilitate darshan for 30,000 devotees every day. This apart, facilities have been kept in place to ensure hassle-free darshan for senior citizens and differently-abled persons.

According to reports, thermal screening of the devotees will be done at the entry point or the shrine and those having symptoms will not be allowed into the temple.

In view of a large crowd, security has been tightened in Puri. A total of 26 platoons of security forces have been deployed along with two ASP, seven DSP and 20 Inspector rank officers for hassle-free darshan of the Holy Trinity.

Notably, the temple was opened in a phased manner for servitors and their families in the initial stage followed by Puri residents from December 23 last year.

The temple was finally opened to the public for darshan of the Trinity from January 3, 2021 adhering to the Covid-19 guidelines.