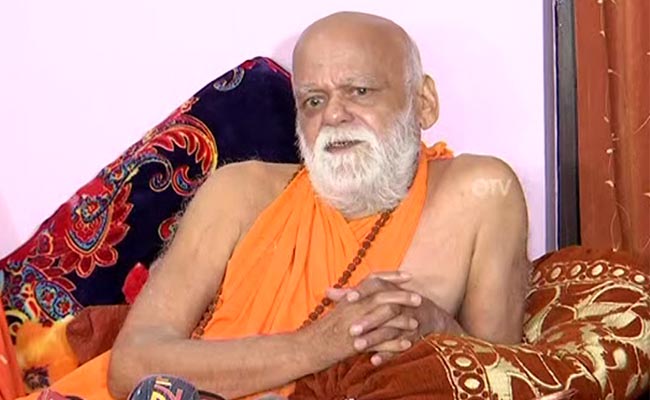 Puri: Putting all speculations to rest, the rituals pertaining to Akshay Tritiya, which marks the beginning of chariot construction work for Puri Rath Yatra, will be conducted inside Jagannath Temple (Srimandir) premises.

Informing about the decision, Puri Gajapati Maharaj Dibyasingha Deb stated that as per Puri Shankaracharya’s recommendations, the rituals will be conducted inside Meghanadh Pacheri, the boundary wall of the Srimandir till the time COVID19 lockdown is in force till May 3. But the details regarding the place inside the temple will be finalised after discussion with servitors and other stakeholders tomorrow, the Gajapati said.

Such decision was taken after a high-level delegation comprising Gajapati Maharaj, SJTA officials, members of the Jagannath Temple Managing Committee discussed the matter with the Puri Shankaracharya Swami Nischalananda Saraswati.

Puri King further stated that the matter will be discussed with all servitors tomorrow and appropriate steps will be taken for the conduct of the rituals inside the temple premises.

“It is the responsibility of the Centre and State government to ensure that all the existing traditions are followed. I welcome the decision taken today by all the stakeholders through a harmonious mutual discussion,” said Puri Shankaracharya.

Krishan Kumar, chief administrator of Shree Jagannath Temple Administration (SJTA) informed that, “It has been decided to follow all the directions of the Centre and the State government and the rituals which are conducted outside the temple will be conducted inside.”

Puri Collector Balwant Singh said, “Today’s meeting was crucial and it has been decided to conduct the rituals inside the temple without violating any prescribed lockdown guidelines.”

Union Minister Dharmendra Pradhan also welcomed the suggestion of Puri Shankaracharya to conduct rituals like Akshay Tritiya inside Srimandir premises till May 3. He said it will help preserve the rich tradition of Lord Jagannath Temple.