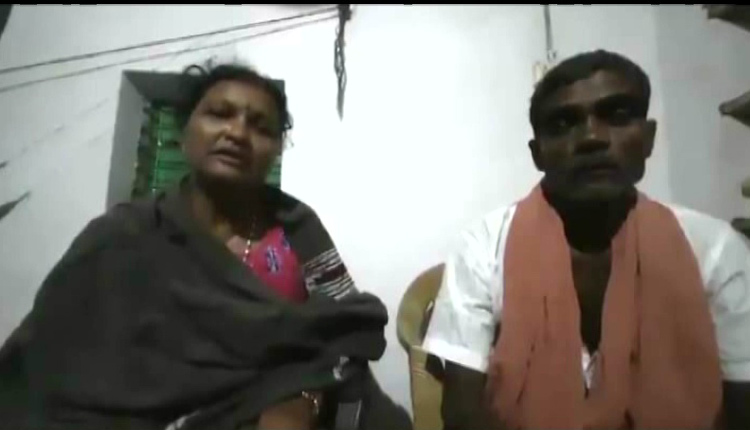 Puri: In a fresh twist to the alleged custodial death in Puri, a woman claiming to be the mother of deceased K Ramesh, alleged harassment by political leaders and media persons.

In a recorded video which went viral on social media, the woman said that she is now staying at her relative’s house. A male person was seen sitting beside her in the video.

“I am Ramesh’s mother. My son has died and we are now staying in our relative’s house. Media persons and political leaders are now harassing us. We request you all not to harass us and our relatives,” she was heard saying in the 33-second viral video.

However, the Puri police had earlier claimed that the cremation of Ramesh had been performed at Puri Swargadwar in the presence of his family members.

Taking to Twitter, Puri SP wrote, “Body of the deceased K. Ramesh cremated at #Puri swargadwar by his family members such as his father K. Gurumurthy, uncle K. Arya and others after PM examination at headquarters hospital #Puri.”

The SP also posted the video footage of CCTV installed at Swargadwar as proof of the cremation.

Puri ‘custodial’ death: Body of the deceased K. Ramesh cremated at Swargadwar by his family members such as his father K. Gurumurthy, uncle K. Arya and others after PM examination at headquarters hospital, tweets Puri SP #Odisha pic.twitter.com/yjctrRvFY3

It is pertinent to mention here that, K. Ramesh, a resident of Puri died under mysterious circumstances, hours after he was picked by a team of Baselisahi police on November 18 night. Ramesh’s death had triggered tension in Puri.