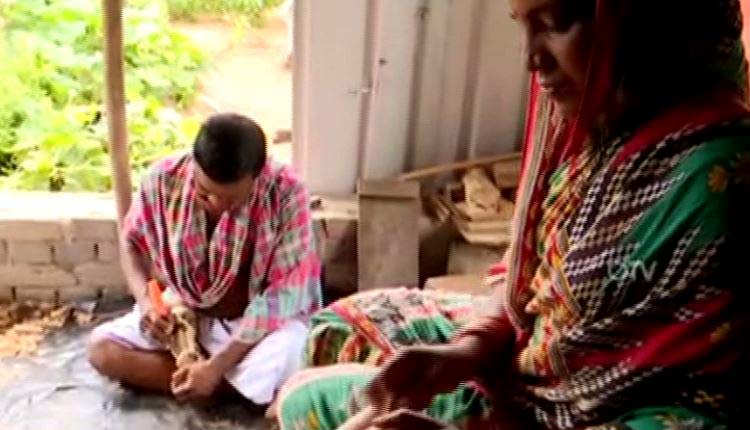 Puri: It is said that Lord Jagannath is the God of the poor and the saying could not be truer than in the case of those who continue to dedicate their lives for the upkeep of the centuries-old art and architecture of the Jagannath culture.

Their creativity displayed in the gigantic chariots of Lord Jagannath and his siblings captures the imaginations of crores across the globe. But it will surprise all to see that the architects of such magnificence are spending their life under acute poverty.

Without enough resources and unavailability of works, Dasarathi has expressed helplessness to repair his house. The money he received from construction and dismantling of chariots is not even enough to meet the expenses of the family, he says.

“Cyclone Fani devastated my house completely. With a limited source of income, it is becoming difficult to repair the house. The amount I am earning from the making of chariots is like a drop in the ocean to make ends meet,” Maharana said.

Similarly, the situation of Arjuna Maharana, the chief ‘Kamara’ servitor of Goddess Subhadra’s chariot Darpadalana is nothing different. Without a roof over their head, the family of Arjuna is living in an asbestos house and have requested the administration to provide them a house.

“With very less income, I am unable to construct a house. Whatever I earn, I use it for education of my children and livelihood. If the administration can provide us a house, it will be a great help,” Arjuna said.

Ironically, a survey was undertaken in 2013 to assess the social and economic condition of about 120 groups of servitors attached with different rituals of Puri Srimandir. However, the report is reportedly gathering dust as nothing was done thereafter. The Srimandir administration has recently said another survey will be conducted.