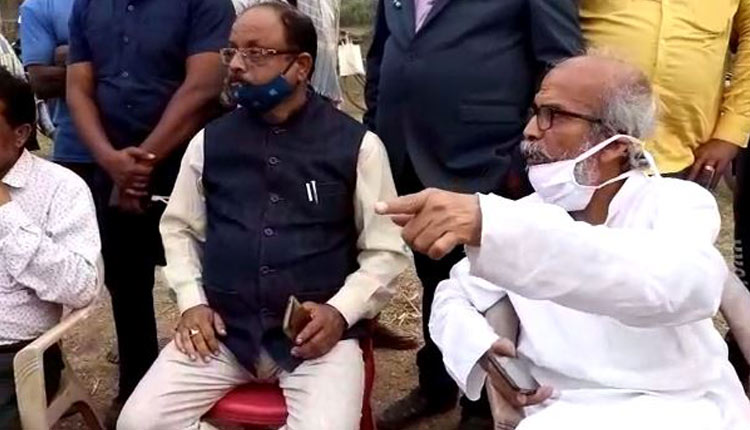 Balasore: Union Minister Pratap Sarangi on Monday paid a surprise visit to a paddy procurement centre at Olanda Saragaan under Sadar block in the district and reprimanded the co-operative society secretary over the alleged irregularities in paddy procurement.

Sarangi expressed displeasure and lost his cool after the secretary, Surendra Samantray failed to give satisfactory answers over the paddy procurement. The Minister came down heavily on the Cooperative society secretary for allegedly favouring millers instead of the farmers.

Sources said some farmers today met the Union Minister alleging that millers have forced them to come to a separate place instead of government Mandi by covering a stretch of around 2 km.

The Minister also lashed out at the secretary for showing undue favour to the millers by deducting maximum amount of paddy per quintal in the name of high moisture and gunny usage charges.

Irregularities in the procurement of paddy have been alleged from different places across the State.

Similarly, a group of farmers from Lakhanpur block in Jharsuguda district registered a similar protest on the National Highway- 49 with paddy loaded tractors. They alleged that issues related to token led to delay in procurement.

Meanwhile, the State BJP has decided to intensify agitation in various districts over mismanagement in paddy procurement.