Political Slugfest In Odisha Over ‘Inadequate’ Hike in Paddy MSP 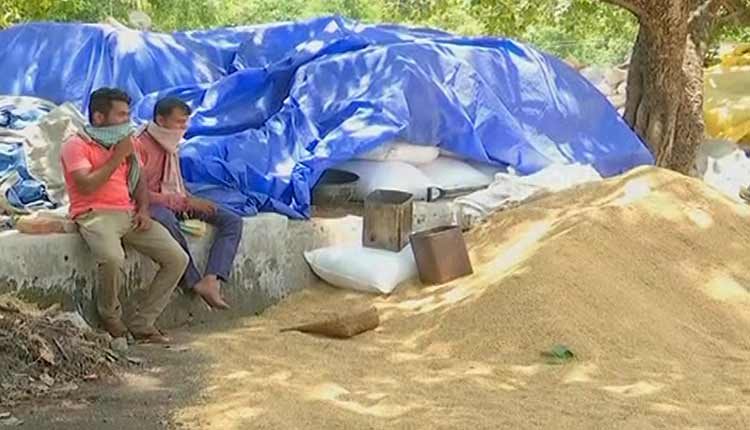 Bhubaneswar: The issue of minimum support price (MSP) of paddy has always been a topic of wrangle among major political parties in Odisha as it is directly linked to the welfare of farmers.

Though the Cabinet Committee on Economic Affairs (CCEA), chaired by the Prime Minister, Narendra Modi yesterday approved hike in MSP of 14 Kharif crops for the 2020-21 marketing season, the MSP increase for paddy is welcoming but not adequate, said senior ruling-BJD leader Debi Prasad Mishra on Tuesday.

“Though the Union Agriculture Minister claimed that the production cost has increased by 1.5 times, it is not justified as the MSP should have been hiked to Rs 3,300 taking into account that basis. If we consider and take into account production and other input cost and 10 % profit, the paddy MSP should be Rs 2,930 per quintal,” said Mishra.

Mishra said that the paddy MSP has been increased by Rs 53 to Rs 1868 per quintal. Though the party’s demand for paddy MSP hike will continue, there will be no protests as entire focus is on effective management of COVID-19 and the matter will be raised in the Odisha Assembly, he added.

Earlier, Odisha Assembly had passed a resolution recommending the state government to urge the Centre to increase the MSP of common paddy to Rs 2930 per quintal. The decision was backed by all the major political parties of the State.

Congress MLA Sura Routray slammed both Centre and the State government on the issue of paddy MSP.

“There has been a hike of Rs 53 and Rs 33 in the MSP of paddy per quintal which is negligible,” said Routray.

Responding to the allegations, BJP’s Prithviraj Harichandan said, “The decision of the Centre to hike MSP and other crops is certainly welcoming.”

Harichandan further stated that Odisha government should announce additional incentives apart from the announced hike in MSP to give support to the farmers. Besides, the State government has completely failed in ensuring proper procurement of farmers’ produce as it has sub-contracted the entire responsibility to the millers, Harichandan alleged.

Five Intra-State Trains To Run From June 8 In Odisha; Ticket Booking Details Inside