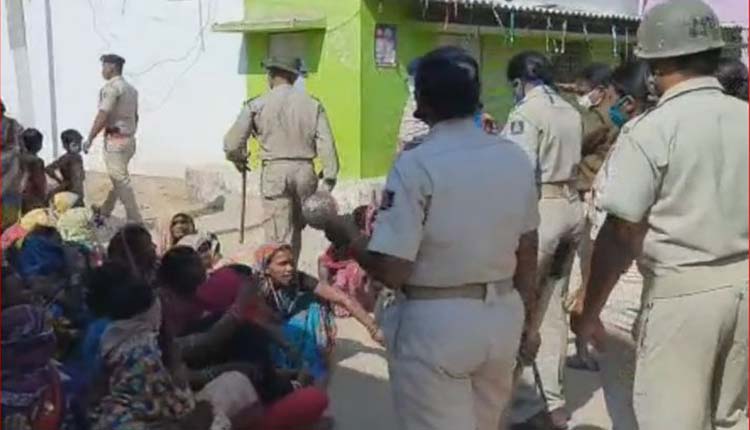 Bargarh: Tension flared at Burdha village under Bheden police limits of Bargarh following a faceoff between a team of police and local residents on Tuesday.

According to sources, a police team reached the village to execute arrest of some accused in connection with a scuffle, however, the villagers prevented the cops from entering the village. Tension gripped the area so much that local women of the village blocked the road leading to the village.

Four platoons of forces were deployed on the road by the district police to thwart any untoward incident.

Baragarh: Tension ran high at Burda village after locals clash with police when the cops attempted to enter the village to investigate a murder case; 4 platoons of police force deployed at the entrance of the village #Odisha

According to sources, the villagers had gheraoed the local police station on November 17 demanding arrest of an accused in a murder case. The protest took an ugly turn when the police and villagers scuffled over the issue.

Later, more than 27 villagers were booked in connection with the incident. The police team today reached the village to arrest the accused when the face off occurred.