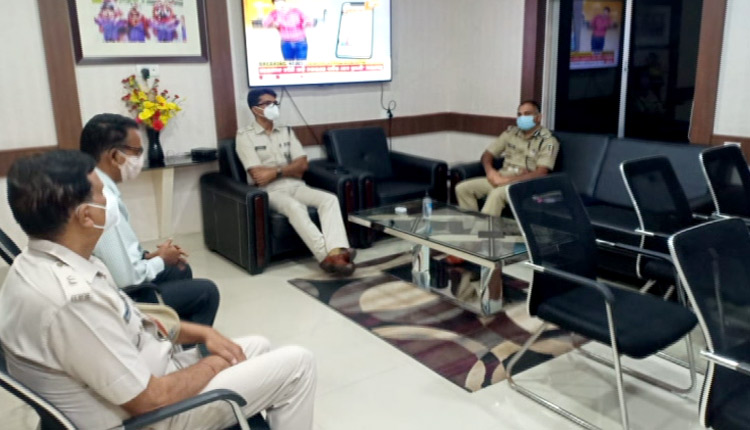 Puri: With palpable tension still prevailing in Baseli Sahi area here, the police have launched an investigation into the alleged custodial death of one K Ramesh (32) that triggered a massive outrage yesterday.

As per reports, Inspector General (IG) in-charge S Praveen visited Puri yesterday for a spot inspection. He met Puri SP Akhileshwar Singh and other senior officials and reviewed the developments in connection with the allegations leveled against the officials of Baseli Sahi Police Station.

The IG in-charge has directed the officials to investigate the case in accordance with the National Human Rights Commission (NHRC) guidelines.

Based on a tip-off that Ramesh possessed some weapons and was planning to execute a crime, a team of Baseli Sahi Police tried to stop him yesterday but Ramesh attacked them and subsequently a scuffle broke out, stated Puri SP yesterday.

In the face-off Ramesh sustained grievous injuries and some cops also received injuries. Ramesh was then taken to the police station where he complained of ill health. Though he was rushed to the DHH immediately, Ramesh was declared dead by the doctors.

Alleging police excess, some locals accompanied by BJP workers clashed with the police outside the DHH later in the day. They demanded judicial probe into the incident and stern action against the policemen responsible for the death of the youth.

The members of District Bar Association also submitted a memorandum seeking a judicial probe into the case, and further demanded to book the Inspector In-Charge (IIC) of Baseli Police Station under Section 302 of IPC.

A case under Section 307 has already been lodged at Baseli Sahi Police Station in this connection.

Notably, the deceased Ramesh was recently released from Talcher jail. Several cases were pending against him in Sadar, Sea Beach and Kumbharpada police stations in Puri, informed the Puri SP.

On the other hand, the relatives of Ramesh alleged that police have picked up his father K Gurumurthy, mother K Bharati and uncle K Arya last night. Till filing of this report, they had not returned home. A relative further went on to allege that they were not allowed to conduct last rites.

“I tried contacting my sister over phone but no one responded. Later, when I reached here, the dead body of my nephew was already cremated by the police. His (Ramesh) cremation was performed without following any rituals. His parents and uncle are missing since yesterday,” alleged Ramesh’s aunt who reached Puri today.

“We have demanded Rs 50 lakh compensation for the victim’s kin and those policemen responsible for his death should be immediately arrested. Picking up Ramesh’s parents and uncle in the midnight and assaulting them is unfair,” said convener of Puri human rights front, Prantasini Jena.