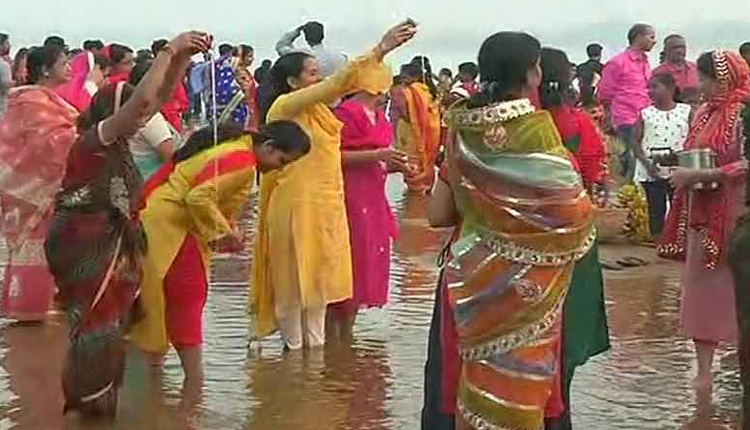 Jharsuguda/Cuttack: A Public Interest Litigation (PIL) was filed in Orissa High Court challenging the State government’s decision to ban the community celebration of Chhath Puja in the state. The petitioner, Ravi Kumar Soni hails from Brajarajnagar in Jharsuguda district.

The development comes a day after district administration of Jharsuguda came up with an order banning the large congregation of public and mass bathing at river ghats during Chhath Puja, an auspicious four-day Hindu festival dedicated to Sun God.

The State government on Tuesday said that since a large number of people congregate at river banks for taking holy baths and performing the puja, the celebration of the festival has a large potential for spread of Covid-19 infections. The state is passing through a critical stage of the pandemic and it is necessary to strictly adhere to all the safety protocols for containment of spread of the infection.

“People are advised to perform other rituals in their respective houses, avoid mass gatherings and adhere to the Covid-19 safety protocols such as physical distancing, mask wearing and hand washing,” a directive issued by the Special Relief Commissioner read.

Speaking over the issue, petitioner Soni said, “I am sure that the High Court will rule in support of the devotees who have been hurt by the draconian rule of the state government.”

In a related development, local residents in Rourkela also went up in arms demanding rollback of the restrictions against Chhath Puja.

We met the RMC Commissioner over the issue and started cleaning of ghats after assurance, but suddenly an order from the SRC has dashed all our hopes,” a protester said threatening to commit self-immolation if demands of the people are not met within 12 hours.