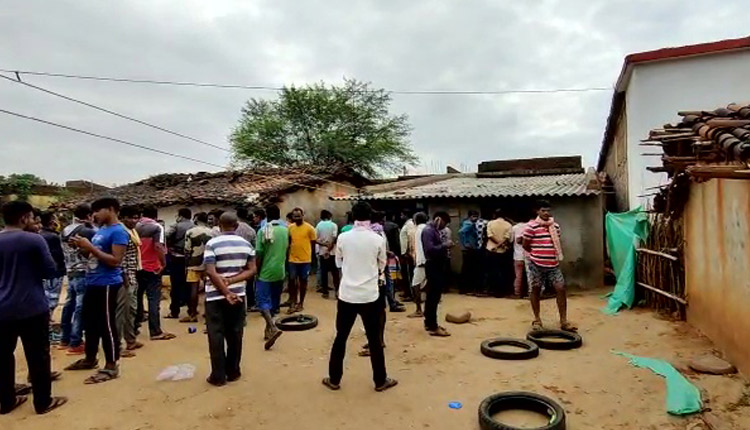 Bolangir: The police on Saturday detained two more persons, reportedly residents from outside the district, in connection with the gruesome massacre of six members of a family which came to light on Wednesday. With this, the number of the detainees in the case so far has gone up to four.

According to sources, the police are interrogating the suspects and it is believed that some more are likely to be picked up for questioning in the spine-chilling murders that has sent shockwaves across the state.

The macabre act is gradually unfolding its secrets as the sons of the deceased head of the family alleged that the two accused, whom police had detained earlier, are the masterminds of the multiple murders that rocked the town on Thursday.

Investigations so far has revealed that Shantaram, the elder son of the deceased Bulu Jani, was murdered at Kotpad in Koraput a year back. The five other sons who reached the village following the death of their family members identified the two suspects –Shiva and Bhola who were subsequently detained by the police for questioning.

On the other hand, the houses of Bulu Jani’s neighbours have been locked since the deaths were reported, raising apprehensions that a possible burglary attempt could have been the reason behind the murders.

The six-member of the family, including a couple and their four children, were found dead inside their house at Sanrapada under Patnagarh police limits in Bolangir district on Thursday. They were identified as Bulu Jani (50), his wife Jyoti (38), daughters Sarita (12), Sriya (3), sons Bhisma (5) and Sanjeev (2).

Though the deceased are the permanent residents of Bihar, they had been living in Patnagarh since more than 10 years.

Bikash Jani, one of the surviving sons of Bulu had alleged, “Both Shiva and Bhola used to quarrel with us in the past. We have even complained against the duo with the police. So they murdered my family when I was not at home.”

Here’s How Your Favourite Stars Are Celebrating Diwali This Year