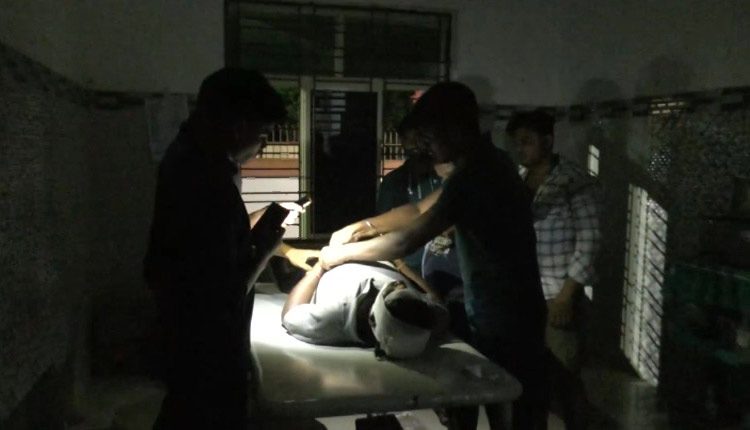 Nayagarh: With the inclusion of Health department in Odisha government’s much touted ‘Mo Sarkar’ initiative, it was believed that the step will bring some improvement in healthcare. However on Tuesday, a patient in Nayagarh hospital had to receive stitches under mobile torchlight.

As per reports, some locals rescued an accident victim late on Tuesday night and rushed him to Sunakhala Community Healthcare Centre. However, there was no electricity in the hospital and also no power backup.

Later, the locals turned on their mobile torches and the medical attendant stitched the wounds. The incident led to public outrage with people condemning the ‘callousness’ of the authorities concerned.

“We rushed the injured person to the healthcare centre but the lack of basic infrastructure shocked us. There was a dressing room, but no electricity connection. Patient was treated only after we turned on our mobile phone torches,” said Rajendra Sahoo, who rescued the victim.

However, superintendent of the hospital, Srimant Mohanty said that the electricity connection snapped on Tuesday evening. “… What can be done? For a day, one has to adjust,” he said in a causal manner.

Speaking on the incident, CDMO Sudhansu Sarangi said that power backup is always present & treatment in such precarious conditions is not acceptable.

“We will look into the matter to check whether the backup facility is functional or not and take appropriate action,” he said.