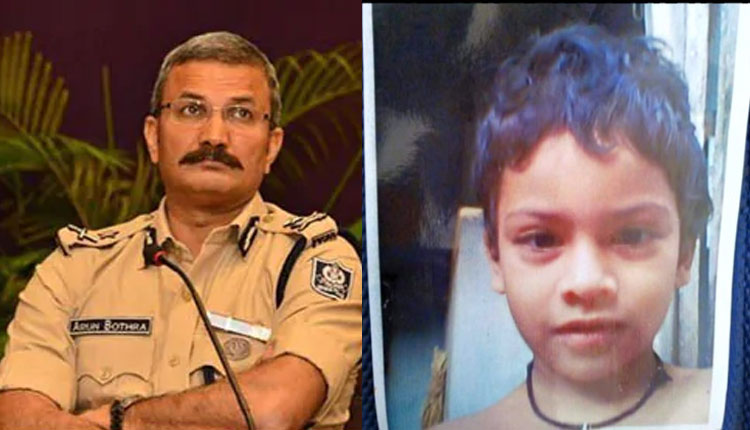 Bhubaneswar: The Special Investigation Team (SIT) which has been constituted following  massive outcry across State to probe the ghastly ‘Pari’ kidnapping and murder case visited Jadupur, the native village of the victim in Nayagarh district on Tuesday to begin the investigation.

The SIT led by senior IPS officer Arun Bothra will hold discussions with Nayagarh SP Pratyush Diwakar and meet the family members of ‘Pari’ for gathering information related to the case. Moreover, the SIT set to visit the place where the perpetrators had dumped the victim’s skeletal remains.

Earlier, a 7-member team from the Odisha Crime Branch, along with ADG (Law & Order) Yeshwant Jethwa, had visited Jadupur village for conducting a spot inquiry before launching the investigation into the case.

On the other hand, Pari’s parents  have been reiterating their demand for a CBI probe into the case in the backdrop of allegations that Odisha minister Arun Sahoo has been shielding the prime suspect. “We want an independent probe into our daughter’s murder. There are chances of manipulation and tampering of the evidences during the SIT probe as it is controlled by the government. We have been receiving (life) threatening calls every day,” alleged Pari’s parents.

Notably, the four month old case had been lying in cold-storage until the victim’s parents tried to end their life in front of the Odisha assembly last week alleging improper probe and police harassment.

Thereafter, the demand to get justice for Pari spread as a wildfire across the State. Opposition parties stalled the assembly session and various organisations and political outfits took to streets demanding justice for the 5-year-old girl.

On Monday, the National Commission for Protection of Child Rights (NCPCR) issued notice to the Odisha Chief Secretary seeking a report on the status of investigation into the brutal murder of Pari.