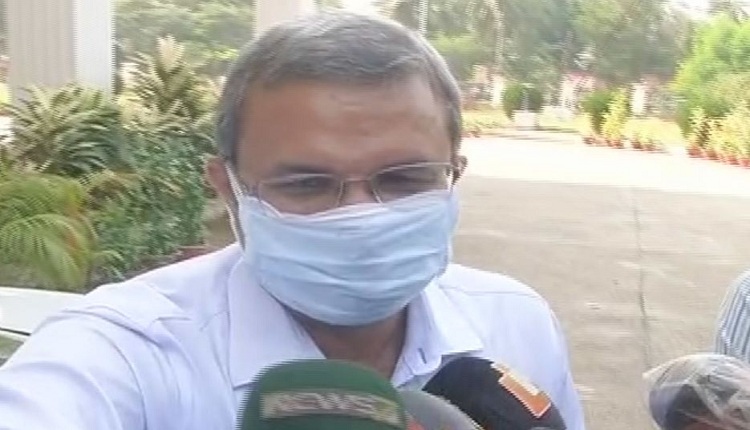 The five-worded sentence is considered as signs of headway by observers amidst the clouds of despair looming over this politically stormy case, where the Nayagarh police had almost dried up the track of the trail.  Significantly, only on Tuesday, the SIT chief Bothra speaking to media had said, “will speak at an appropriate time”.

The body language of SIT chief has also hinted at a sense of easiness around on Saturday from a reticent look on Tuesday. Speaking to media today, the senior IPS officer said we are working hard on the case, and emphasised that “I am aware of the onerous responsibility tasked on to me by State government and DGP.”

From ‘appropriate time’ to ‘2-week’s time’ statement by SIT chief came post consistent grilling and subsequent raids at the house of the prime suspect Babuli Nayak.

Reports from Nayagarh suggest that  SIT had conducted raid on prime suspect Babuli Nayak’s house in presence of SIT chief Arun Bothra. The senior IPS officer himself quizzed Nayak and his son for over an hour. “SIT sleuths scanned all the rooms in prime suspect’s three-storeyed building,” said sources.

Hitting the ground running in this sensitive kidnap-murder case, SIT has started collecting all the circumstantial evidence needed to nail the culprits in this gruesome case. On the trail track, SIT took detailed note of the vehicles owned by the key suspects, and the whereabouts of his drivers. One of his drivers, Bijay, was picked up from Itamati area and had been subjected to grilling by SIT.

Bijay was subject to two rounds of interrogation: first in circuit house, where Bothra had a face to face interrogation. Later, a team of officers from Town Police Station (PS) grilled for 2-long hours at the town PS.

Reports also suggested that SIT is verifying the call detail records of the prime suspect, his drivers, and associates on the day Pari went missing, and also CDR on July 24, when bones of the victim stuffed in a gunny bag were detected.

The bottom line is SIT is working hard to gather the circumstantial evidences necessary to clinch the case. But as on Saturday, the statement suggests that SIT is working on some leads, but yet to be called as conclusive leads.