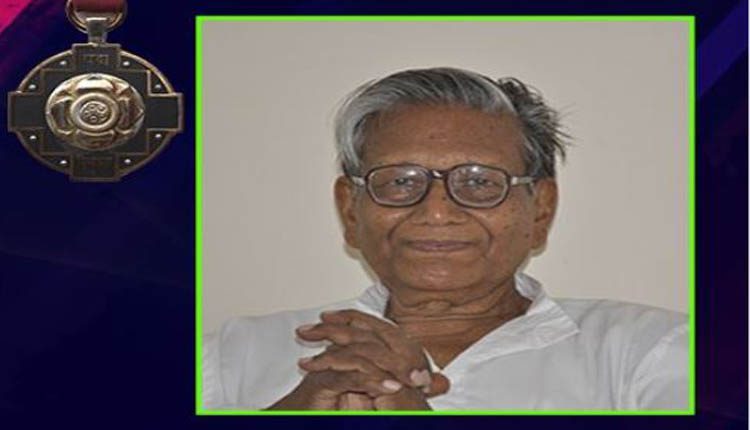 Recognised as the one of the foremost bilingual writer in both English and Odia language, Manoj Das was earlier felicitated with Padma Shri in 2001 and also bestowed with Sahitya Akademi Award Fellowship, the highest literary award in the country.

Apart from Das, nine personalities from Odisha have been named for 2020 Padma Shri Awards. Dr Damayanti Beshra and Binapani Mohanty in the field of Literature and Education, Dr Digambar Behera for medicine, Utsav Charan Das, Mitrabhanu Gountia and Manmohan Mahapatra (posthumous) all for art, Batakrushna Sahoo in the field of Animal Husbandry and retired professor Radha Mohan along with his daughter Sabarmatee have been conferred with the fourth highest civilian award. Similarly, Prasanta Kumar Pattanaik has also been awarded Padma Shri in the field of Literature and Education.

On being named as an awardee of Padma Shri, Dr. Damayanti Beshra said, “As an Odia I am really proud to be felicitated with the award for contribution in the field of Literature and Education especially in the area of my mother tongue Santali language. This is even a matter of more pride for Mayurbhanj. The award will encourage me more to work even harder for the upliftment of Santali and Odia language for the rest of my life.”

Retired professor from Nayagarh, Radha Mohan who along with his daughter has been conferred with Padma Shri for exceptional work in agriculture sector (organic farming) said, the credit for their recognition goes to all those who have encouraged them to start a revolution in organic farming.

Iconic song Rangabati’s Lyricist Mitrabhanu Gountia who will also receive Padma Shri award said it is the result of his nearly six decades of research in Sambalpuri song. Earlier in 2017, singer Jitendra Haripal had received Padma Shri award for this song.