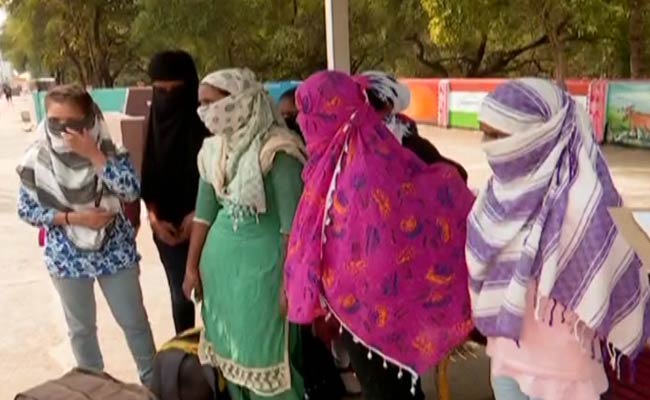 Bhubaneswar: Days after OTV highlighted the plight of eight girls from Bolangir district in Odisha who were allegedly being harassed at a Bengaluru-based firm, the Bolangir district Labour department rescued the victims and brought them back to the State.

Reportedly after undergoing skill development training under Deen Dayal Upadhyaya Grameen Kaushalya Yojana (DDU-GKY), the girls hailing from Sadar and Deogaon block of Bolangir were taken to Bengaluru with an assurance that they will get a placement in a multinational company. However, they were allegedly engaged in low-end labourer work by the Bengaluru-based firm.

They further alleged that they were subjected to mental and physical torture in the hands of their employers. Not knowing what to do, the girls released a video seeking help. “We are forced to work for 12 to 14 hours instead of 8 hours and are being denied medical treatment. The employer is deducting our salaries and at times it is delayed for an indefinite period,” they had said in the video narrating the ordeal.

Surprisingly when the Bolangir Skill Development Centre coordinator Santosh Kumar Padhi was contacted, he feigned ignorance and said, “I was unaware of the incident and learnt about it from the video. I think the girls are disturbed due to some miscommunication. We bring youths from rural areas and impart skill development training. After the completion of the training period, our placement team in Bengaluru engages them in various companies. We have given placements to many youths in different firms in Bengaluru, but never came across such complaints.”

Following the OTV report, the labour department in Odisha shot a letter to the Bengaluru labour commission seeking their intervention in rescuing the eight girls. Till the last report was filed in, the girls have safely reached their respective villages in Bolangir.