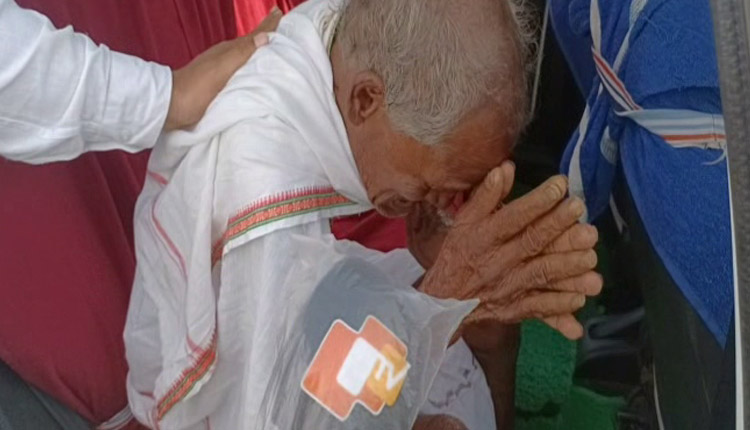 Boudh: Days after OTV social media team brought to light the plight of an elderly man reportedly abandoned by his family members, assistance poured in from the Boudh district administration officials as he is finally shifted to an old-age home.

A traditional ‘Ghuduki’ player all his life, Kulamani Pradhan was rendered homeless following the demise of his better half, as there was none to take care of him after that. Without any option, Pradhan walked for some miles when the lockdown was in place and stay put at an abandoned house in Rairakhol area. Fortunately, a few villagers provided food to him for his survival.

When OTV’s video went viral on various platforms, Boudh district administration swung into action to help the needy. As per directions of the Collector, NAC officials and welfare officer reached out to Pradhan and relocated him to an old-age home to ensure he is being properly taken care of.

“Boudh Collector and NAC officials assured that he (Kulamani Pradhan) is shifted to old age home and that he avails all the facilities there. We are indebted to the villagers for helping him during his tough times. I would like to extend my gratitude to OTV for this initiative and also the local MLA for taking urgent measures,” said a government official.

“After the video went viral, the Collector directed to shift the elderly man to old age home. He will get all the facilities under our NGO, along with 20 others who are staying at the home. He will be provided with services including medical expenses, food, accommodation,” said another person.

Homoeopathy Can Do Wonders For Skin Diseases: AYUSH Ministry